To share your memory on the wall of Barbara Palmer, sign in using one of the following options:

Barbara was born Monday, December 3, 1928 in Patricia, TX, to Robert and Mantie (Merritt) McReynolds. She graduated from Seminole High School in Seminole, TX and moved to the Marlow/Duncan area more than 12 years ago. Barbara married Eugene Brown in Seminole, TX on June 7, 1947; he later preceded her in death. Barbara married Jake Palmer in Midland, TX on December 5, 1984; they were married for 13 years before his passing on August 17, 1997. Barbara worked as a waitress for more than 13 years for Denny's. She was a great cook that loved to bake anything. Barbara enjoyed bowling and doing puzzle books. She loved playing games, the piano, and singing songs with her family. Barbara loved her family dearly and was a very generous person to everyone. She was a prayer warrior and a waitress to all. Barbara was a member of the Assembly of God in Midland, TX.

Along with both of her husbands, Barbara was preceded in death by her parents, and a brother, Jack McReynolds.

Memorial Contributions can be made to the Chisholm Trail Hospice in Duncan in Barbara's Honor.

To send flowers to the family or plant a tree in memory of Barbara Grace Palmer (McReynolds), please visit our Heartfelt Sympathies Store.

Receive notifications about information and event scheduling for Barbara

We encourage you to share your most beloved memories of Barbara here, so that the family and other loved ones can always see it. You can upload cherished photographs, or share your favorite stories, and can even comment on those shared by others.

Sincerely, Dean, Jennifer, Kasey, and Kelly Barron, John Ed and Sharon McReynolds, and other have sent flowers to the family of Barbara Grace Palmer (McReynolds).
Show you care by sending flowers

Posted Oct 24, 2019 at 01:42am
My sincere sympathy goes out to Vicki, Deborah, Randy & Rebecca, it has been so many years since I last saw y’all , I came to Midland in 1967 after moving to Louisiana in 1961 to visit y’all , Barbara was a friend I could never forget, Si sweet & so kind , we lost touch & one day the phone rang & when I answered, the Lady said I’m looking for Shirley Warren, would you happen to know her, I said I’m her & she told me who she was , my heart just burst with happiness that she had found me, y’all had a great Mother, & Dad I love this family so much, God be with each of you as you walk through this grief & loss, please don’t forget me, maybe one day we can meet up, God bless each of you, I’m praying !
Comment Share
Share via:
SB

Everyone at Hilliary Communications

Posted Oct 16, 2019 at 03:58pm
Please accept our most heartfelt sympathies for your loss... Our thoughts are with you and your family during this difficult time.

Everyone at Hilliary Communications purchased flowers and planted a memorial tree for the family of Barbara Palmer. Send Flowers 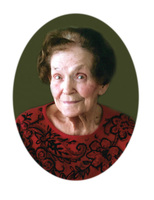