To share your memory on the wall of Barry Foster, sign in using one of the following options:

Barry was born Tuesday, May 9, 1961 in Pauls Valley, to Coach S.J. and Betty (English) Foster. After graduating from Lindsay High School in 1979, he furthered his education, earning an Associate’s Degree while playing baseball at Eastern Oklahoma State College in Wilburton and East Central University in Ada, where he continued his baseball career and earned his Bachelor's Degree. Barry met the love of his life, Lesa Jennings, and they married on October 19, 1985 in Rush Springs, and recently celebrated 35 wonderful years of marriage. He worked as a teacher and coach until his retirement. Barry coached at Rush Springs, Marlow, Cache, and Duncan schools throughout his career. He was also a proud member of the Rush Springs church of Christ.


Once happily retired, Coach Foster spent time running his own lawn mowing business with his son, Kyle, taking care of numerous yards across South Central Oklahoma. He had a servant’s heart and enjoyed buying gifts for loved ones, babysitting grandchildren, making food for others, and calling and talking to people to show he cared. Barry never failed to attend sporting events for his son, son-in-law, and grandchildren. Most importantly, and above all, was his love and faithfulness to God.

Barry was preceded in death by his father, Coach S.J. Foster, his grandparents GW and Jessie Foster and JT and Bea English and three angel granddaughters, Amilia, Ava, and Harper.

Receive notifications about information and event scheduling for Barry

There are no events scheduled. You can still show your support by sending flowers directly to the family, or planting a memorial tree in memory of Barry Kent Foster.
Plant a Tree

We encourage you to share your most beloved memories of Barry here, so that the family and other loved ones can always see it. You can upload cherished photographs, or share your favorite stories, and can even comment on those shared by others.

Posted Jan 19, 2021 at 09:30pm
Barry was a wonderful and kind man. We are so sorry to hear of his passing. You are in our thoughts and prayers

3 trees were planted in the memory of Barry Foster

Posted Mar 18, 2021 at 12:57pm
Wishing you peace to bring comfort, courage to face the days ahead and loving memories to forever hold in your hearts.

Posted Jan 31, 2021 at 12:39pm
Barry always helped watch out for me when I was a neighbor and he will be greatly missed. HUGS to his family. Susan Gassaway
Comment Share
Share via:
SF

Posted Jan 21, 2021 at 05:14pm
Saddened to hear of Barry’s passing. As a proud member of Lindsay Leopard Football (Class of ‘72), the entire Foster family (Coach, Mom and kids) became a huge part of my experience as a Leopard. Remember the Foster boys hanging around learning and preparing for the next step in the journey. In Barry’s case, that path led to a lifetime doing what he loved…teaching the game of football. He had total access and learned from the best…his dad and Coach Tunnell and others…that football is more than a game. It’s about understanding and helping people realize their full potential to be a part of something bigger than themselves. Those early experiences likely formed the foundation that shaped Barry’s life and coaching philosophy.

It’s been years ago but remember Barry walking up to me at Coach Tunnell’s retirement and, before even saying hello, he began the conversation with “do you remember when my Dad asked you how you could play an entire football game in a torrential downpour, the field was nothing but a big mud puddle and you didn’t even get your uniform dirty…except for your knees?”. Just for context, he may have been drawing comparison to my brother who was a get down and dirty, border line mean football player while I was more strategic using brain over brawn…didn’t have much of the former and even less of the latter. Not sure if he was saying I didn’t have much to show for my effort or just acknowledging that people can still make a contribution to the team just in a different way. Can’t remember exactly when the question was asked but Barry must have been right there making a note in his book of experiences. Would bet that Barry used that line during a similar situation during his coaching career.

Lastly, my brother has stayed in touch with Coach Tunnell over the years and know that Barry had always been there for him…a life-long friendship based on love and respect. That is the mark of a truly great man! Knowing love is one thing, showing love is an entirely different level. His legacy will be apparent in the many lives he touched, just as I continue to be an extension of those who made a positive impact in my life. May God Bless His Soul! 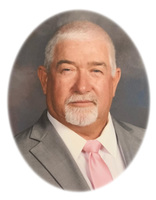