To share your memory on the wall of Bertha Frick, sign in using one of the following options:

Provide comfort for the family of Bertha Frick with a meaningful gesture of sympathy.

Funeral Services will be held at 2:00 PM, Wednesday, July 3, 2019, at the Vimy Ridge Baptist Church, with Rev. David Hale and Rev. Eddie Cox officiating. Burial will follow in the Rush Springs Cemetery under the direction of Callaway-Smith-Cobb Chapel in Rush Springs.

Bertha was born Thursday, June 6, 1918 in Faxon, to Linn and Lemmie Lamar Ida Isabell (Bunnell) Bentley. She lived in the Rush Springs and Cement areas most of her life. Bertha married the love of her life, Walter Wesley Frick on June 4, 1938 in Caddo County, OK. They were married for 46 years before his passing his passing on April 5, 1985. Bertha was a well-known farmer and rancher in the Rush Springs community for more than 55 years. She loved working on her farm and enjoyed working her cattle. Bertha had a large garden and was especially proud of her tomatoes and watermelons. She farmed 75 to 100 acres of watermelons. Bertha was an amazing cook that was always a ray of sunshine. She will greatly missed by everyone that loved her.

Along with her husband, Bertha was preceded in death by, 2 sons, Steve Frick, Jerry Hargus, her parents, 4 brothers, and 5 sisters.

Honorary Pallbearers will be: Raymont Rust, Ed Caveny, and Arlen May.

To send flowers to the family or plant a tree in memory of Bertha Alice Frick (Bentley), please visit our Heartfelt Sympathies Store.

Receive notifications about information and event scheduling for Bertha

We encourage you to share your most beloved memories of Bertha here, so that the family and other loved ones can always see it. You can upload cherished photographs, or share your favorite stories, and can even comment on those shared by others.

Posted Jul 01, 2019 at 11:52am
My sincerest condolences to the Frick family. She was an amazing, strong woman. Always enjoyed being around her.
Mary McMasters Taylor
Comment Share
Share via: 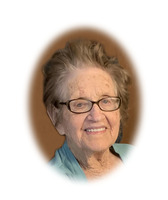 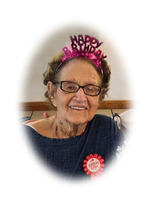