To share your memory on the wall of Buddy Hazen, sign in using one of the following options:

Gravside Services will be held at 11:00 am November 4, 2020 at the Marlow Cemetery with Rev. Ron Elmore officiating. Burial will be in the Marlow Cemete... Read More
Marlow: Buddy Morris Hazen, 88 passed away Sunday, November 1, 2020 in Marlow, Ok .

Buddy was born Tuesday February 2, 1932 in Fairfax, OK, to Walter Morris Hazen and Thelma Irene Langley. Buddy attended schools in Fairfax until the age of 15 when he joined the Army and served his country in the Korean war. Buddy met and married Carolyn Jane Timmons in Fairfax. She preceded him in death on March 3, 2008. He later met and married Leta Savage on January 10, 2009 in Duncan. Buddy lived most of his life in Stephens County, but also traveled around the Country working as an oilfield consultant which he loved to do. Some of Buddy's favorite things to do were golfing, camping, fishing and boating but most of all loved spending time with his family.

To send flowers to the family or plant a tree in memory of Buddy Morris Hazen, please visit our Heartfelt Sympathies Store.

Receive notifications about information and event scheduling for Buddy

We encourage you to share your most beloved memories of Buddy here, so that the family and other loved ones can always see it. You can upload cherished photographs, or share your favorite stories, and can even comment on those shared by others.

Posted Dec 08, 2020 at 11:17pm
We are so sorry to hear of Bud’s passing. Although first cousins we didn’t visit often. He was always fun to visit with. I regret we didn’t stay in better touch. Please accept our sincere condolences
Comment Share
Share via:
DR

Posted Nov 04, 2020 at 12:44pm
For Bud’s family,
Our love, thoughts and prayers are with Bud’s family during this difficult time. We are so sorry for your loss.
We both loved Bud, he was very special man.
With much love, Danny & Roberta
Comment Share
Share via:
D

Posted Nov 03, 2020 at 07:48pm
To Bud’s family,
We are sorry for your loss of Bud. Our love, thoughts and prayers are with you during this difficult time.
Bud always had a great big smile which would immediately put anyone at easy when meeting him for the first time or visiting with him later. His love for other people was genuine. He was a well respected businessman and Danny often called him to ask question about the oil business.
Bud was somewhat of a joker, one day he called Danny up out of nowhere and said he had just thought of something, and then he said “when I die you will be the oldest Hazen”. Luckily they were both healthy at the time.
God bless this family, Danny & Roberta 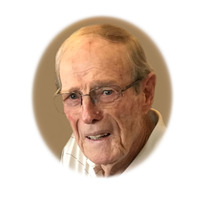 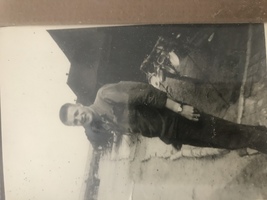 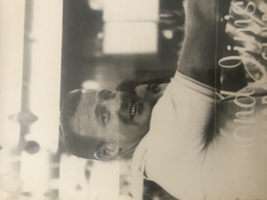