To share your memory on the wall of Charles Lewis, sign in using one of the following options:

Charles was born on September 7, 1942, to Virginia Ott in Oklahoma City, Oklahoma. Known as Doug,
he spent his early childhood in Marlow, Oklahoma and was particularly close to his grandparents,
Georgia and Thomas Cox, and enjoyed spending time at their family owned restaurant and learning to
play pool. He also liked playing sports, particularly basketball. Even though he was an Oklahoma Sooner
fan, he went to Oklahoma State for his undergraduate degree in Mathematics. He would go on to earn
his Master of Business Administration at the University of Missouri-Kansas City.

Charles enjoyed a long career as a computer programmer, which he found challenging and rewarding.
He met his future wife, Maxine Davidson, when they were both computer programmers at Boeing in
Wichita, Kansas. They would marry and move to Kansas City, Missouri and have four children: Robert,
Richard, Elizabeth and Catherine. Charles was a family man and loved spending time with his kids,
whether it was driving them to their sports’ practices (while singing his favorite songs), being a Boy
Scout leader or helping with their homework. Every summer, they would pile into their car and drive
across the country for their family vacation, often to a national park or Civil War site. He was a lifelong
sports fan and enjoyed watching the local Kansas City teams and of course his Boomer Sooners. He was
loved and will be dearly missed.

Charles was preceded in death by his mother and stepfather Virginia and Noble Crownover and his
grandparents Georgia and Thomas Cox.

To send flowers to the family or plant a tree in memory of Charles Delbert Lewis, please visit our Heartfelt Sympathies Store.

Receive notifications about information and event scheduling for Charles

We encourage you to share your most beloved memories of Charles here, so that the family and other loved ones can always see it. You can upload cherished photographs, or share your favorite stories, and can even comment on those shared by others.

Julie Neal and Jason Toya, Uncle Bill Ott, and other have sent flowers to the family of Charles Delbert Lewis.
Show you care by sending flowers

Julie Neal and Jason Toya purchased the The FTD Deepest Sympathy Arrangement for the family of Charles Lewis. Send Flowers

Flowers were purchased for the family of Charles Lewis. Send Flowers 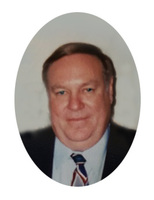 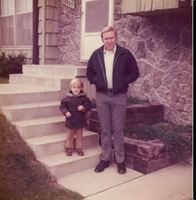 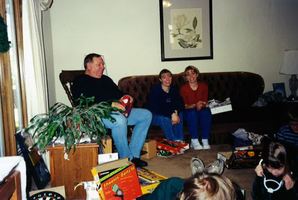