To share your memory on the wall of Charles Wilmeth, sign in using one of the following options:

Graveside services will be held at 2:00 PM, Friday, January 29, 2021, at the Marlow Cemetery, with Rev. Mike Keahbone officiating. Burial will be under the direction of Callaway-Smith-Cobb Funeral and Cremation Services in Marlow.

Charles was born Wednesday, April 11, 1951 in Albuquerque, NM., to Odis and Lucille (Harmon) Wilmeth. He attended school at Vanoss growing up, and worked in the broom corn fields until he was drafted into the United States Army in 1970, serving during Vietnam. Charles resided in Ada, before making Marlow his home. He married Carol "Sue" Stucks on November 21, 1972 in Pauls Valley, and they celebrated 48 years of marriage. He also worked as a Vacuum Cleaner Salesman until his retirement. Charles loved playing pool, and all kinds of games, especially dominoes. It never failed, he always knew what the other players had. Charles loved drinking Pepsi, eating honey buns, and watching western movies. He was a very fun loving person who never met a stranger. Charles loved his family dearly, and will be deeply missed.

Charles was preceded in death by his parents, brother, Wayne Wilmeth, and sister, Linda Marie Wilmeth.

To send flowers to the family or plant a tree in memory of Charles Audrey Wilmeth, please visit our Heartfelt Sympathies Store.

Receive notifications about information and event scheduling for Charles

We encourage you to share your most beloved memories of Charles here, so that the family and other loved ones can always see it. You can upload cherished photographs, or share your favorite stories, and can even comment on those shared by others. 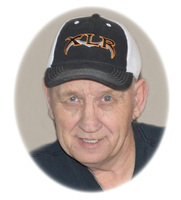