To share your memory on the wall of Charley Fullerton, sign in using one of the following options:

Print
Duncan: Charley Edward Fullerton, passed away Wednesday, July 10, 2019 in Duncan, at the age of 75.

Funeral Services will be held at 2:00 PM, Friday, July 12, 2019, at the Callaway-Smith-Cobb Chapel in Marlow, with Rev. Dan Crawford officiating. Burial will follow in the Marlow Cemetery with Military Honors conducted by the Stephens County Honor Guard. All arrangements have been entrusted to Callaway-Smith-Cobb Funeral and Cremation Services in Marlow.

Charley was born Thursday, October 28, 1943 in Marlow, to Buck and Mary (Walker) Fullerton. He attended Comanche and Rush Springs schools. He served his country proud in the United States Army. Charley married Nina Fay Beck in Ardmore on February 18, 2000. They were married for 19 wonderful years. Charley enjoyed tinkering on Chevy trucks and going to auctions with his brother as well as being outside. He liked to watch people and think but especially enjoyed visiting with everyone. Charley loved to be with his family and loved his dog Bella.

Pallbearers will be: his grandsons.

Memorial Contributions can be made to the Oklahoma City VA Center in Charley's honor.

To send flowers to the family or plant a tree in memory of Charley Edward Fullerton, please visit our Heartfelt Sympathies Store.

Receive notifications about information and event scheduling for Charley

We encourage you to share your most beloved memories of Charley here, so that the family and other loved ones can always see it. You can upload cherished photographs, or share your favorite stories, and can even comment on those shared by others.

Posted Jul 17, 2019 at 03:06pm
We are so very sorry to hear of the passing of our wonderful neighbor. Charley and Nina have been such great neighbors. Charley would do anything for those around him. So many times, I would step out my front door and see Charley working hard on his house and yard. There would be times, that I would look out my front door to see that we had a "drive by mowing", by Charley. He would mow the lawn at his newest home, on the corner and on the way back, to his current home, would mow my front yard. He never expected anything in return. Our heart is broken. We will miss you so much Charley.
Comment Share
Share via:
TB

Flowers were purchased for the family of Charley Fullerton. Send Flowers 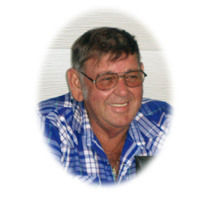