To share your memory on the wall of Cleta Harris, sign in using one of the following options:

Funeral services will be held at 10:00 AM, Monday, November 9, 2020, at the First Assembly of God in Rush Springs, with Rev. Eugene Howeth and Rev. Mike Bates officiating. Burial will be in the Westview Cemetery in Rush Springs, under the direction of Callaway-Smith-Cobb Funeral Chapel of Rush Springs.

Cleta was born Wednesday, March 16, 1938 in Cement, to Harley and Willa Mae (Cobb) Douthit. She was a member of First Assembly of God in Rush Springs, where she was a Sunday School Teacher,secretary, and was also the WM leader. Cleta loved tending to her flowers and feeding the birds. She also loved spending time with her grandchildren and great-grandchildren.

She was preceded in death by her parents, brother Bill Douthit, and two sons, Larry and Jesse Harris

Receive notifications about information and event scheduling for Cleta

There are no events scheduled. You can still show your support by sending flowers directly to the family, or planting a memorial tree in memory of Cleta Joy Harris (Douthit).
Plant a Tree

We encourage you to share your most beloved memories of Cleta here, so that the family and other loved ones can always see it. You can upload cherished photographs, or share your favorite stories, and can even comment on those shared by others.

Plant a Tree in Memory of Cleta
Plant a tree 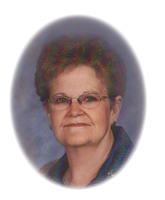