To share your memory on the wall of Clyde Headley, sign in using one of the following options:

Services will be held at 2 PM, Monday, February 8, 2021, at the Bethel Assembly of God Church, with Rev. Ron Meador and Rev. Darren Pilcher officiating. Burial will be in the Rush Springs Cemetery under the direction of Callaway-Smith-Cobb Funeral and Cremation Services in Marlow.

Clyde Headley was born in Billings Oklahoma; December 11, 1929 and passed from this life to receive his Heavenly reward February 4, 2021. Clyde spent his childhood years in Walters, Oklahoma before joining the Circus at the age of 13. Clyde joined the Army January 15th, 1947, attended Baker school, then as a Staff Sergeant served at Fort Hood and Ohmea, Japan until 1950. Clyde and Javan Bratcher were married in Henrietta, Texas, January 02, 1950. They were blessed with four children; Ronnie, Judy, Aquila, and Rodney. Clyde worked for Halliburton in Duncan as a welder. While raising the family in Rush Springs, they were members of First Assembly of God. Clyde served as a Sunday School teacher, youth director, and as a Church Secretary for several years. Clyde became Licensed with the Assemblies Of God, and served as pastor of Pearl Assembly of God from 1975-1984. Then in 1992 he became the Senior Adult Pastor at Bethel Assembly in Duncan until 2003. Clyde will be remembered for his deep love and devotion to God, God’s Word, and his love for others around him. He was a devoted husband, affectionate dad, granddad and great granddad; a loyal friend to many.

He was preceded in death by his loving wife, Javan, his daughter, Judy Bortell, son, Ronnie Joe and wife Sharon, brother Ocie and wife Madeline, brother, Glenn Ray and wife Sheree, along with his mother and dad.

To send flowers to the family or plant a tree in memory of Clyde J Headley, please visit our Heartfelt Sympathies Store.

Receive notifications about information and event scheduling for Clyde

We encourage you to share your most beloved memories of Clyde here, so that the family and other loved ones can always see it. You can upload cherished photographs, or share your favorite stories, and can even comment on those shared by others.

Jim and Lindy Rowton sent flowers to the family of Clyde J Headley.
Show you care by sending flowers

Posted Feb 08, 2021 at 09:00am
Melvin and I considered Clyde a dear friend. We have been staying at home as much as possible because of virus. God Bless you all.
Comment Share
Share via:
JR

Posted Feb 06, 2021 at 07:58pm
Brother Headley was my Pastor when I was a little girl at Pearl Assembly of God Church. He and Sister Headley poured so much into and loved all of us so well. Later when he was at Bethel my grandfather attended there and I was able to see he and Javon again. He visited when my mom passed away and later as my grand father did. I have no doubt he will hear Jesus say, “Well done my good and faithful servant.” Thank you Brother Headley for loving like Jesus. ❤️❤️
Comment Share
Share via:
K

Posted Feb 06, 2021 at 10:11am
I will surely miss Mr. Headley, he was a true gentleman and had such a strong faith in God and shared his faith with everyone he met. I will miss his smile and the warm way he greeted me each day I came to work. I send prayers and peace to his family.
Comment Share
Share via:
MT 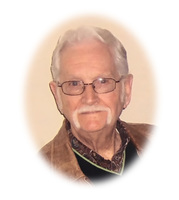