To share your memory on the wall of Cody Smith, sign in using one of the following options:

Provide comfort for the family of Cody Smith with a meaningful gesture of sympathy.

Print
Marlow: Cody Ray Smith, passed away unexpectedly on Saturday, February 23, 2019 in Marlow at the age of 35.

A Memorial Service will be held at 2:00 PM, Friday, March 1, 2019, at the Glory Bound Church, with Rev. David Woods officiating. All arrangements have been entrusted to Callaway-Smith-Cobb Funeral and Cremation Services in Marlow.

Cody was born Thursday, June 2, 1983 in Duncan, to Eddie Ray and Aunalisa Irene (Richardson) Smith. He had lived in the Marlow area all of his life and was a proud Outlaw graduate with the Class of 2001. He worked as a supervisor for DHS for many years and took great pride in his job. Cody married the love of his life, Julie Decarlo in Duncan on October 9, 2016. They were only married a short 2 wonderful years but those years were full of great joys and love. He took great joy in taking care of his children and enjoyed spending as much time as possible with them as family meant the world to Cody. He loved to play his guitar and sing. Cody loved to cook on his smoker and to watch OU football while hosting friends over for the games. He enjoyed woodworking. Cody was the life of the party and loved to make sure everyone was always smiling as he would crack jokes. He was a member of the Glorybound Church in Marlow.


In lieu of flowers, memorial contributions can be made to DHS in Cody's honor.

To send flowers to the family or plant a tree in memory of Cody Ray Smith, please visit our Heartfelt Sympathies Store.

Receive notifications about information and event scheduling for Cody

We encourage you to share your most beloved memories of Cody here, so that the family and other loved ones can always see it. You can upload cherished photographs, or share your favorite stories, and can even comment on those shared by others.

Jack and Letta Jett, Lynn Leitermann, Heather and Wei Su, and others have sent flowers to the family of Cody Ray Smith.
Show you care by sending flowers

Posted Feb 28, 2019 at 12:04pm
Wishing you peace to bring comfort, courage to face the days ahead and loving memories to forever hold in your hearts.

Posted Feb 27, 2019 at 07:18am
Wishing you peace to bring comfort, courage to face the days ahead and loving memories to forever hold in your hearts.

Posted Feb 26, 2019 at 06:16pm
Lisa, Eddie , Sunny & Chad,
If hugs could mend a broken heart, I would give you the biggest! If kisses could wipe away the tears, I would give you the greatest!! But the only thing I know i can give you all, although it won't help much, is my love, my thoughts & my prayers, that God will wrap each of you in his arms, that are filled with love, grace, hope, & peace!!

Posted Feb 26, 2019 at 04:27pm
Wishing you peace to bring comfort, courage to face the days ahead and loving memories to forever hold in your hearts. We love you all!

Bubba and Tonya purchased flowers for the family of Cody Smith. Send Flowers 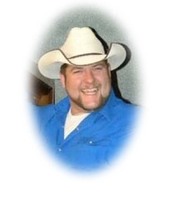