To share your memory on the wall of Boon Henderson , sign in using one of the following options:

Provide comfort for the family of Boon Henderson with a meaningful gesture of sympathy.

Graveside Services will be held at 1:00 PM, Monday, January 27, 2020, at the Kelly Family Cemetery with Military Honors conducted... Read More
Marlow: Danny "Boon" Calvin Henderson, passed away Thursday, January 16, 2020 in Marlow, at the age of 66.

Graveside Services will be held at 1:00 PM, Monday, January 27, 2020, at the Kelly Family Cemetery with Military Honors conducted by the Stephens County Honor Guard, with Kenneth Henderson officiating. All arrangements have been entrusted to the Callaway-Smith-Cobb Funeral and Cremation Services in Marlow.

Boon was born Thursday, August 20, 1953 in San Francisco, CA, to Kenneth and Mildred Inez (Bingham) Henderson. He had attended school at Quartz Hill in California, but had lived in the Stephens County area most of his life. Boon served in the United States Army before becoming a mason for himself for more than 20 years. He was a talented man that enjoyed doing carpentry. Boon loved his dogs.

Survivors include, 2 daughters, Jessica of CA, Jennifer of AL, 2 grandchildren, 2 brothers, Larry Henderson of AZ, Kenny Henderson of Marlow, and a sister, Edna Kelly of Duncan as well as numerous nieces and nephews that loved him dearly.

Boon was preceded in death by his parents.

To send flowers to the family or plant a tree in memory of Boon Henderson , please visit our Heartfelt Sympathies Store.

Receive notifications about information and event scheduling for Boon Henderson

We encourage you to share your most beloved memories of Boon Henderson here, so that the family and other loved ones can always see it. You can upload cherished photographs, or share your favorite stories, and can even comment on those shared by others. 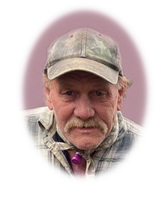