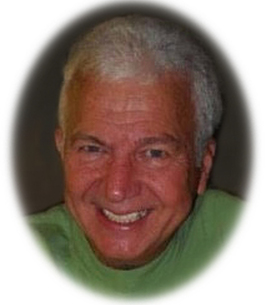 Graveside service for Danny Lee Ware, 73, of Blanchard, will be held at 2 p.m. on Saturday, November 19 at Marlow Cemetery, 905 North Ash Street.

Danny was born on June 28th, 1949 in Marlow to Naomi Joyce Smith and William Louis Ware. He graduated from Eisenhower High School in Lawton in 1967 before attending Cameron University, where he obtained a bachelor’s degree in Business. But his true passion was motorcycles.

Danny was a staple of the Oklahoma motorcycle racing scene. He was on the Board of Directors for the Oklahoma Cross Country Racing Association as well as the Okie Dirt Riders, a group devoted to promoting motorcycle and quad events and maintaining the CrossTimbers Riding Area trails at Lake Stanley Draper. He would regularly volunteer his time there, building tracks and maintaining vehicles and equipment.

Danny began flat track racing at 18, leaning into 180-degree turns at over 100 miles per hour on his 250cc 650 BSA motorcycle. He knew a thing or two about speed and traveled the national racing circuit in the late 1960s to early 1970s. At one stop, future American Motorcyclist Association Hall-of-Famer Freddy Nix offered to let Danny break in his new Harley Davidson-and break it in Danny did! He set the fast-lap time record on Nix's bike before blowing the engine in the same race. He would continue to race in motocross and cross-country events for decades, even winning the over-40 expert class at nearly 60 years of age.

Danny’s love of motorcycles led to a long career in mechanic-related work. He had a passion for solving problems and never hesitated to share his knowledge and experience with others. As an employee for Goodyear, he patented a method the company adopted to better organize tires. That passion naturally led to a teaching career, first at Great Plains Technology Center in Lawton and then Francis Tuttle Technology Center in Oklahoma City. He helped build and mold the curriculum at Francis Tuttle and-still with the drive to compete-took students to state and national mechatronics skills competitions. He loved helping his students obtain careers in the world of automation and mechanics-jobs that led to life-changing money for his students and their families. His true passion in teaching was to prepare his students for careers that did not pay minimum wage.

His instruction and mentorship of students was not limited to merely school and careers. He helped them earn money to buy gasoline or fix the vehicles that transported them to class so they could continue building the skills necessary to launch a career. He built a bunk bed for students who he learned were sleeping on their floor at home. He would complete projects with the classic Danny-ism, "Good enough for me and the girls I date!" or "That will stay there 'till it falls off."

He was more than clever and generous; he was kind and good-hearted and would never wish to make someone sad-even at his funeral. If he could be there, he would no doubt deliver one of his Danny-isms to make everyone feel better; he never lacked for a good one-liner or encouraging word. No matter what you were facing, it was "nothing a cold beer couldn't fix" and, coincidentally, it was nearing “beer-thirty." Time to sit down and talk about it.

He retired from teaching in 2018 with his wife, Karen, in their home in central Oklahoma. They traveled, joked and flirted lovingly, and spent time with their grandchildren. Danny called Karen his "darlin’," often accompanied by a kiss on the cheek. Any argument could be cooled with "yes, dear" while he bobbed his head in an exaggerated up and down nod, smiling cheek to cheek.

When they were not traveling together with a camper and dogs, Danny enjoyed riding backcountry adventure routes across the southern U.S. He would prepare by custom-building a bike suitable for the planned terrain riding forest service, fire, and old timber roads for hundreds of miles.

His mechanical prowess was especially useful when his bike took a spill crossing slick water at altitude, and he had to rescue his bike from water. With his head bandaged in electric tape, he disassembled the engine to blow out the water flooding his fuel system, reassembled it, and got back on the road.

Even when he became ill, Danny was most concerned that his wife was treated well, even asking his sons-who were visiting to care for him-to buy some crab legs for Karen. They found each other later in life, but lived happily married since 2004, building their retirement home in the country near Blanchard.

Danny's sense of humor will live on, as he is survived by his wife, Karen Ware, of the home; his sister Nancy Pannell of Springfield, MO; his sons, Steve Deiter and wife Tanya, Dan Ware Jr. and wife Erin, Nathan Ware, and Justin Ware and wife Christin; his stepchildren, Melissa Hurst and husband Derrick, and Brian Scraper; his grandchildren, Abby and Adam Deiter, Jordyn, Chesney, and Jaxen Ware, Illa and Alli Ware, and Ainsley and Evelyn Hurst.

Danny is predeceased by his parents, Naomi Joyce Smith and William Louis Ware; a daughter, Amy Lynn Ware; and a nephew, Zach Pannell.

An obituary that is "too long for publication" is a life well-lived. Wherever Danny is, he has his family in one arm and is cheering with the other. One last "beer-thirty" to all of us here. Please join Danny's family as they honor him at 2 p.m. on Saturday, November, 19. In lieu of flowers, please consider donating to Make a Wish, American Cancer Society, or a cancer foundation of your choosing.