To share your memory on the wall of Dearl Teel, sign in using one of the following options:

Services will be held at 2:00 PM, Tuesday, November 10, 2020, at the Ninnekah First Baptist Church with Rev. Randy Hill officiating. Burial will be in the Rush Springs Cemetery, under the direction of Callaway-Smith-Cobb Funeral Chapel in Rush Springs.

Dearl was born Wednesday, February 12, 1936 in Allen, to William Melvin and Mary Jane (Timmons) Teel. He grew up and lived in the Rush Springs area all of his life. He worked as a machinist for over 40 years. Dearl loved farming, whether it meant tending to his own cattle or baling hay for other farmers in the community, and he also loved fishing. Dearl loved spending time with his family and Thursday night dinners. Dearl served in the United States Army. He was also a member of First Baptist Church in Ninnekah.

Dearl was preceded in death by his parents, 2 sons, Dearl Wayne Teel and Bobby Cosby, in addition to several other brothers and sisters.

Online condolences may be made at www.CallawaySmithCobb.com

We apologize, but due to technical difficulties, the end of the service was not recorded.

To plant a memorial tree in honor of Dearl Teel, please visit our Heartfelt Sympathies Store.

Receive notifications about information and event scheduling for Dearl

There are no events scheduled. You can still show your support by sending flowers directly to the family, or planting a memorial tree in memory of Dearl Teel.
Plant a Tree

We encourage you to share your most beloved memories of Dearl here, so that the family and other loved ones can always see it. You can upload cherished photographs, or share your favorite stories, and can even comment on those shared by others.

Posted Nov 07, 2020 at 10:08am
Dearl was my neighbor for many years, once I ask him if I could take my grandchildren fishing in his pond, and he said sure, and that he would furnish all the grasshopper bait we needed. He was a good man, with a great smile
Comment Share
Share via: 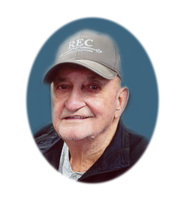