To share your memory on the wall of Doris Fischer, sign in using one of the following options:

Print
Doris Louise Fischer passed away peacefully on Sunday, March 17, 2019 in Duncan. She was 86.

Funeral Services will be held at 10:00 AM, Thursday, March 21, 2019, at the Callaway-Smith-Cobb Funeral Home Chapel in Marlow with Terry Newell ... Read More
Doris Louise Fischer passed away peacefully on Sunday, March 17, 2019 in Duncan. She was 86.

Doris was born Monday, June 6, 1932 in Hydro, OK, to Thomas Arthur and Gladys (Hedrick) Klein and lived most of her life in the Eakly area. She attended schools and graduated with the class of 1950. In 1952, Doris married Eugene Avants, whom she later divorced. In 1986, she married Charles Fischer. He preceded her in death on October 21, 2014. Doris left Eakly and moved to Marlow in 1960. She loved to spend time with her family, and could always be counted on to help others who where in need. Doris was well known for being a great cook and spent many hours serving her meals for others. She will be dearly missed.

In addition to her parents and husband, she was preceded in death by 2 brothers, Albert Klein, and Wayne Klein, and 1 sister, Mildred Arnold.

There are no events scheduled. You can still show your support by sending flowers directly to the family, or planting a memorial tree in memory of Doris Louise Fischer.
Plant a Tree

We encourage you to share your most beloved memories of Doris here, so that the family and other loved ones can always see it. You can upload cherished photographs, or share your favorite stories, and can even comment on those shared by others. 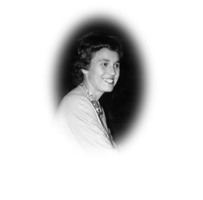 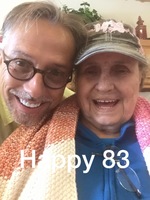