To share your memory on the wall of Edith (Jackson) Hobbs, sign in using one of the following options:

Graveside Services will be held at 10:30 AM, Saturday, September 7, 2019, at the Marlow Cemetery, with Larry Brantley officiating. All arrangements have been entrusted to Callaway-Smith-Cobb Funeral and Cremation Services in Marlow.

Edith was born Monday, May 19, 1924 in Columbus, OH, to Raymond Foster and Lenora A. Martin. She was raised in Barnsfield, Ohio. Edith married Floyd Harvey Jackson on September 16, 1945 in Dayton, Ohio and later moved to Burbank, California. They later retired and moved to Rush Springs. The couple was married for 51 years before his passing on July 9, 1997. Edith later remarried JW Hobbs on February 19, 1999 in Ardmore and resided there as well. They were married for 14 years before his passing on December 25, 2013. Edith moved to California in 2011 to be closer to family. She loved Bible Study and gardening. Edith was a member of the Church of Christ.

Along with her two husbands, Edith was preceded in death by her parents, and a twin sister, Evelyn Miller.

To send flowers to the family or plant a tree in memory of Edith E. (Jackson) Hobbs (Martin), please visit our Heartfelt Sympathies Store.

Receive notifications about information and event scheduling for Edith

We encourage you to share your most beloved memories of Edith here, so that the family and other loved ones can always see it. You can upload cherished photographs, or share your favorite stories, and can even comment on those shared by others.

Flowers were purchased for the family of Edith (Jackson) Hobbs. Send Flowers 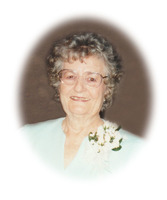