To share your memory on the wall of Edna Kelly, sign in using one of the following options:

Graveside Services will be held at 2:00 PM, Wednesday, July 1, 2020, at the Kelly Family Cemetery, with Rev. Rocky Keck officiating. All arrangements have been entrusted to the Callaway-Smith-Cobb Funeral and Cremation Services in Marlow.

Edna was born Thursday, October 9, 1941 in San Diego, CA, to Earnest and Mildred Inez (Bingham) Vrooman. She moved to the Bray area in 1979 and had lived in California prior to moving here. Edna married her loving husband, Troy Lee "Sam" Kelly Sr. in Odessa, Texas in 1957; they were married for 49 years before Sam's passing on March 19, 2006. Edna loved to go shopping and take care of her pets. She enjoyed raising chickens and loved to garden, as well as yard work. She was never still and was a hard working woman. Edna loved her grandchildren and great-grandchildren dearly.

Along with her husband, Edna was preceded in death by a son, Troy Lee Kelly, Jr., her parents, and 2 brothers, Gordon Wayne Vrooman, Boone Henderson.

Honorary Pallbearers will be Tony Kelly and Matt Arnold.

To send flowers to the family or plant a tree in memory of Edna Louise Kelly (Vrooman), please visit our Heartfelt Sympathies Store.

Posted Jul 01, 2020 at 07:35pm
She was a wonderful person. She was like a sister to me instead of a sister in law. Although we were apart for many years we had recently reconnected and it was just like it was yesterday. I sure will miss her wonderful laugh. Suellen Henderson Robinson
Comment Share
Share via:
HS

Posted Jun 30, 2020 at 10:29am
Our thoughts and prayers are with you. Sheron Taylor and Kathleen Chollman

The FTD Living Spirit Dishgarden was purchased and planted a memorial tree for the family of Edna Kelly. Send Flowers 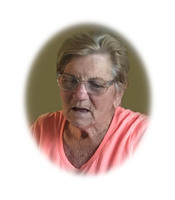