To share your memory on the wall of Frances Price, sign in using one of the following options:

Maxine was born Saturday, August 6, 1938 in Okemah, to Fate (F.O.) and Frances Opal (Like) Smith. She attended Oklahoma City Public Schools, including Will Rogers Field and Capitol Hill High School. She met Fred James (Jim) Price, and married him on March 6, 1956 in Oklahoma City. They celebrated 46 years of marriage before he preceded her in death on August 16, 2002. They resided in Oklahoma City until moving to Marlow in 1972, where Maxine worked clerical administration for the City of Marlow for over 25 years and then as a receptionist for BancFirst for 14 years. She was a long time member of First Baptist Church in Marlow and very active in the Marlow community. Maxine enjoyed helping others and was a volunteer at the Marlow Samaritans for many years. She also enjoyed attending Kindred Community dinners hosted by the Beautiful Day Foundation of Duncan. Her favorite past times were gardening, crossword puzzles, playing bunco, crocheting, listening to piano instrumentals, and Maxine especially loved spending time with her family and friends.

She was preceded in death by her husband, parents, brother, Charles Smith, sister, Virgina Jackson and brother-in-law, James Jackson.

The family is requesting those attending Maxine's service wear a mask and social distance when possible. For those who are unable to attend, services will be available on the Callaway-Smith-Cobb website.

Memorial contributions may be made to the Marlow Samaritans.

To send flowers to the family or plant a tree in memory of Frances Maxine Price, please visit our Heartfelt Sympathies Store.

Receive notifications about information and event scheduling for Frances

We encourage you to share your most beloved memories of Frances here, so that the family and other loved ones can always see it. You can upload cherished photographs, or share your favorite stories, and can even comment on those shared by others.

Posted Dec 08, 2020 at 03:50pm
Maxine and I worked together in several capacities over many many years. At City Hall where she was everything from one of the clerks to the Interim City Administrator, while I served as a Councilman, MMA member and Treasurer. When she retired from the City I hired her to work in the bank with me. She was the type of employee and friend that everyone would want. Maxine was a real Champion from Sunrise to Sunset. Truly will be missed! Godspeed Max!! DB Green
Comment Share
Share via:
HS

The FTD Sleep in Peace Wreath was purchased for the family of Frances Price. Send Flowers 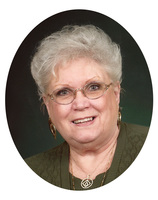