To share your memory on the wall of George Carter, sign in using one of the following options:

Funeral services will be held at 2:00 PM, Monday, December 28, 2020, at Glory Bound Church in Marlow, with Rev. Jerry Couch and Rev. David Woods officiating. Burial will be in the Marlow Cemetery under the direction of Callaway-Smith-Cobb Funeral and Cremation Services in Marlow.

Tom was born Friday, November 15, 1940 in Lawton, to George and Verna (Knight) Carter. Tom grew up in this area and attended Marlow Schools. He worked as a driller for many years and also a tile and carpet layer. Tom met Dora "Berdine" Weatherly and they were married on March 16, 1972 in Pauls Valley, and they celebrated 48 years of marriage. Tom loved hunting and fishing, fighting chickens, dancing, and playing cards. He was very involved with the Chickasaw Center of Duncan, and enjoyed doing craftwork for them, and traveling with his wife on the Chickasaw sponsored trips. Tom loved spending time with his family, especially all of his children and grandchildren, and he will be deeply missed.


Pallbearers will be Tom's grandchildren.

To send flowers to the family or plant a tree in memory of George Thomas Carter Jr., please visit our Heartfelt Sympathies Store.

Receive notifications about information and event scheduling for George

We encourage you to share your most beloved memories of George here, so that the family and other loved ones can always see it. You can upload cherished photographs, or share your favorite stories, and can even comment on those shared by others. 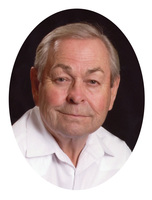