To share your memory on the wall of Georgia O\'Hare, sign in using one of the following options:

Print
Georgia (Dolly) Anne Mershon O’Hare, 96, passed away peacefully on
April 17, 2020, in Marlow, Oklahoma, with family at her side.

Due to the continuing health crisis, a memorial service in Georgia’s honor
will take place a... Read More
Georgia (Dolly) Anne Mershon O’Hare, 96, passed away peacefully on
April 17, 2020, in Marlow, Oklahoma, with family at her side.

Due to the continuing health crisis, a memorial service in Georgia’s honor
will take place at a later date at the Marlow First United Methodist Church.
Please check the funeral home website for updates. Cremation and other
arrangements have been entrusted to the Callaway-Smith-Cobb Funeral
and Cremation Services in Marlow.

In 1907, Georgia’s maternal grandmother, Dolly Van Cleave, purchased
160 acres in the Fort Sill Wood Reserve west of Marlow and moved her
family there from Missouri. Georgia was born to Edna (nee Van Cleave)
and Vance Mershon at the family homestead on November 28, 1923.
Weighing only 3 pounds at birth, they nicknamed her Dolly after her
grandmother. She and her sister Polly grew up helping their parents on the
farm. They “walked a mile and three quarters” (as she was fond of saying)
to the Oak Lawn School through 8th grade and then caught the bus to
Marlow High. After high school, Georgia graduated from Cameron State
Agricultural College with an Associate in Science degree (1943), then
attended the University of Oklahoma, graduating in 1945 with a BA in
Library Science. She finished a second BA in Spanish at OU by
correspondence (1950). Her first job as a librarian was at the University of
Nevada in Reno, Nevada. From there she went to Missouri and worked as
a Bookmobile Librarian, performing outreach and bringing books to
communities across the region.
In 1951 she left Missouri to become a librarian with the U.S. Civil Service
and was initially stationed in Bad Nauheim, Germany. While there, she met
her future husband, Joe O’Hare from Brooklyn, New York, a U.S. Army
First Lieutenant also stationed in Germany. They married in April 1954 after
they both returned to the States. They lived in Norman while Joe attended
the University of Oklahoma School of Architecture, and then moved to
Valley Stream, Long Island, NY, ultimately settling in Midland Park, NJ, in
1965.

Georgia became a single mother with 2 children still at home when Joe lost
his battle with cancer in 1978. In 1991, after more than 25 years in Midland
Park, where she developed strong bonds in the community and many great
friends, she retired back to her roots and lifelong friends in Marlow.
Never one to sit idle, Georgia was involved in many activities. In New
Jersey, she was employed for one year as the first elementary school
librarian in Midland Park. She was also a Sunday school teacher with the
Midland Park United Methodist Church, a member of the Friends of the
Midland Park Library, and she played in a weekly community bowling
league (her team was two time champions!). When she moved back to
Marlow, she founded the Tat and Chat Club at the Garland Smith Library
so she could learn to tat and meet new friends. She was also a member of
the Friends of the Garland Smith Library, the First United Methodist
Church, United Methodist Women, the Neighborly Club, and was a long-
standing Board Member of the Oak Lawn Community Center.

Center, or the First United Methodist Church in Marlow if interested in
making a donation in her memory.

Receive notifications about information and event scheduling for Georgia

There are no events scheduled. You can still show your support by sending flowers directly to the family, or planting a memorial tree in memory of Georgia Anne O'Hare (Mershon).
Plant a Tree

We encourage you to share your most beloved memories of Georgia here, so that the family and other loved ones can always see it. You can upload cherished photographs, or share your favorite stories, and can even comment on those shared by others. 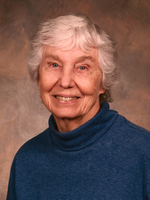 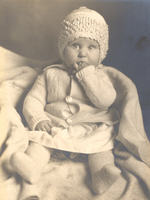 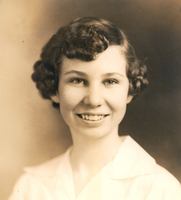