To share your memory on the wall of Gerald Caveny, sign in using one of the following options:

Memorial Services will be held at 2:00 PM, Friday, August 9, 2019, at the Vimy Ridge Baptist Church, with Rev. David Hale officiating. All cremation arrangements have been entrusted to the Callaway-Smith-Cobb Chapel in Rush Springs.

Gerald was born Monday, August 9, 1965 in Stillwater, to Edward Wayne and Linda (Brown) Caveny. He had lived in the Grady County area all of his life and had graduated from Rush Springs High School. Gerald was an avid outdoorsman that loved being outside hunting, fishing and taking care of his farm. He loved spending time with his family that he adored. Gerald will be dearly missed by everyone that knew him.

Gerald was preceded in death by grandparents.

To send flowers to the family or plant a tree in memory of Gerald Lynn Caveny, please visit our Heartfelt Sympathies Store.

We encourage you to share your most beloved memories of Gerald here, so that the family and other loved ones can always see it. You can upload cherished photographs, or share your favorite stories, and can even comment on those shared by others.

Posted Aug 08, 2019 at 02:29pm
Linda & Chuck-Our thoughts and prayers are with you during this time. We love you.The Holcombs Bobby, Tanner, Kyleigh and Angie

Flowers were purchased for the family of Gerald Caveny. Send Flowers

Posted Aug 07, 2019 at 04:40am
There are too many to only pick one. You taught me so much. Mostly good. I am tougher emotionally because of you. We loved hard and fought that way too. I loved you so very much. In my soul kind of deep love. I will never be the same without you. You gave me the 3 greatest gifts of my life. I'm certain that you were my soul mate. My one true great love. We only get one in a lifetime. We didn't take care of ours. I hope you know that I love you and I always will. Until we meet again.
Comment Share
Share via:
C

Posted Aug 06, 2019 at 10:42pm
You will be missed, such a big part of my life for so many years. RIP dear friend. Prayers for all family and friends. Carrie Segura
Comment Share
Share via: 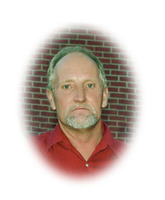