To share your memory on the wall of Glen \"Dubbie\" Phipps, sign in using one of the following options:

Print
Rush Springs: Glen Arlen "Dubbie" Phipps of Rush Springs cast his line for the final time on Thursday, October 29, 2020 in Duncan. He was 84.

Dubbie was born on Monday, September 21, 1936 in Marlow to Arthur Halic and Mary Ercelle (Davis) Phipps. He was raised in Marlow and attended school there. Dubbie went to work at an early age and began a career that culminated in his becoming a master brick mason. He was considered by many to be one of the last of the good ol boys..the men who helped build this country. Dubbie was unniquely skilled as a brick mason and was very critical of his own work. He always wanted his work to be the absolute best it could possibly be and would accept nothing less. He was a faithful member of the International Union of Bricklayers and Allied Craftworkers Local # 5.
Like all of us, Dubbie was not a perfect man. He made good decisions and bad ones, but he made the best decision of his life when he married Doris Jeanette Beckes in Marlow on September 18, 1961. They shared 55 years together until her passing on December 12, 2015. Dubbie had numerous hobbies, but if you knew him, you knew that his favorites involved being outdoors. He was, what could only be described as, an avid fisherman. It didn't matter where he was, Dubbie could catch fish. He had fished in numerous areas of the country from San Francisco Bay, to Corpus Christi and on down to Florida and many places in between and no matter where he was, Dubbie caught fish. He also loved to hunt and spent countless hours in the deer stand. He loved being outdoors and witnessing and harvesting the gifts that God has provided us. Dubbie was a very social person and enjoyed spending time with his friends, telling stories and having a good laugh. He will be greatly missed by family and friends.

Pallbearers will be his grandsons.

To send flowers to the family or plant a tree in memory of Glen "Dubbie" Arlen Phipps, please visit our Heartfelt Sympathies Store.

Receive notifications about information and event scheduling for Glen "Dubbie"

We encourage you to share your most beloved memories of Glen "Dubbie" here, so that the family and other loved ones can always see it. You can upload cherished photographs, or share your favorite stories, and can even comment on those shared by others.

Flowers were purchased for the family of Glen "Dubbie" Phipps. Send Flowers

Posted Oct 31, 2020 at 08:24pm
I have so many memories of Dubbie in our youth. He was a super built young man! He worked as a life guard at the Marlow pool a lot and was a super strong swimmer (he learned fast not to duck me, we came up and he had claw marks on his chest). He was always good natured. He also worked at the local skating rink and his skating skills were even better than his swimming! I lost track of him as we became adults but was glad to get to know Brian especially when I found out who was his father. I am sorry for your loss but know he left a lot of us with GOOD memories.
Comment Share
Share via: 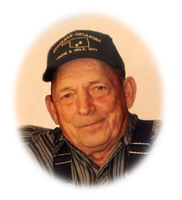