To share your memory on the wall of Jeffrey Alexander, sign in using one of the following options:

Print
Sterling: Jeffrey Blaine Alexander, passed away Thursday, September 12, 2019 in Fort Cobb at the age of 21.

Funeral Services will be held at 2:00 PM, Thursday, September 19, 2019, at the Sterling High School Gym, with Rev. Zac Potts officiating. Burial will follow in the Woodlawn Cemetery under the direction of Callaway-Smith-Cobb Funeral and Cremation Services in Marlow.

Blaine was born Sunday, May 31, 1998 in Lawton, to Earl "Lynn" and Maria (Vantine) Alexander. He graduated from Sterling High School with the Class of 2017. Blaine had many accomplishments in high school, but his most memorable was being a member of the Tiger Basketball team that won the Comanche County Tournament and were regional champions earning a chance to play in the state tournament. He was an active member of the Sterling FFA Chapter where he earned his State FFA Degree and exhibited pigs, even making the premium sale at OYE. Blaine was an avid outdoorsman that loved to hunt, fish and farm. He even took a trophy buck last year, one that would make any grown man envious. Blaine was a man that served as a volunteer fireman for the Acme Fire and Rescue in Grady County. He followed in his family footsteps working in agriculture for the Apache Farmers Co-op and most recently getting to work along side his father at Livingston Machinery which is any son's dream. Blaine was a gentle giant with a heart of gold that had a loving smile that everyone is going to dearly missed.

Blaine was preceded in death by great-grandparents.

In lieu of flowers, donations can be made to the Woodlawn Cemetery in Blaine's Honor.

To send flowers to the family or plant a tree in memory of Jeffrey Blaine Alexander, please visit our Heartfelt Sympathies Store.

We encourage you to share your most beloved memories of Jeffrey here, so that the family and other loved ones can always see it. You can upload cherished photographs, or share your favorite stories, and can even comment on those shared by others.

The Aaron Warner Family, Cheri Pool Hunter, and others have sent flowers to the family of Jeffrey Blaine Alexander.
Show you care by sending flowers

Posted Sep 19, 2019 at 07:36am
A nephew gone to soon, a fine young man, son and big brother. Always a firm handshake.
Maria, Lynn, Reece, Ava, Eli and McKenzie my condolences.
Memories are the photos in our mind.
Uncle Gary
Comment Share
Share via:
S

Posted Sep 18, 2019 at 03:56pm
So stunned and saddened by this!! Got to know Blaine through AFC Elgin and always had a great time cutting up with him. He will be missed.

Posted Sep 18, 2019 at 11:43am
We are so sorry and saddened by the loss of Blaine. You are all in our continued thoughts and prayers. We love you all!

Posted Sep 17, 2019 at 11:50pm
Lynn, Kenneth & families I wish I had something I could say that would help your hurting. I can't imagine what ya'll are going through. I can't express my feelings how bad I feel for your families and how sorry I am. May God be with through this horrible time in your life. It really shook me up when I heard the news this morning on channel 7. I pray God puts his loving hands around you. I know from experience he's the only one who can help.
Comment Share
Share via:
CH 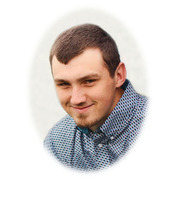