To share your memory on the wall of Jeffrey Jones, sign in using one of the following options:

Jeff was born Sunday, January 19, 1964 in Oklahoma City, to James "Doug" and Glenda (Payne) Jones. He was a 1982 graduate from Central High School. While in high school, he was known for his head fake while playing guard for the basketball team and he was known for his knuckleball while pitching for the baseball team, earning him a scholarship to college. He took on the family business, delivering bread for Sara Lee, eventually becoming regional sales manager. He enjoyed photography, computers, fishing, taking care of different animals such as, birds, deer, and stray cats, and he especially enjoyed spending time with his family. He was a protector of those he loved and will be dearly missed.

He was preceded in death by his mother, and sister, Susan Jones.

Cremation has taken place, and in order to curb the spread of Covid, there are no services planned at this time. Please do not contact the family in person. Cremation and all arrangements have been entrusted in Callaway-Smith-Cobb Funeral and Cremation Services in Marlow.
Read Less

Receive notifications about information and event scheduling for Jeffrey

There are no events scheduled. You can still show your support by sending flowers directly to the family, or planting a memorial tree in memory of Jeffrey Scott Jones.
Plant a Tree

We encourage you to share your most beloved memories of Jeffrey here, so that the family and other loved ones can always see it. You can upload cherished photographs, or share your favorite stories, and can even comment on those shared by others.

Plant a Tree in Memory of Jeffrey
Plant a tree 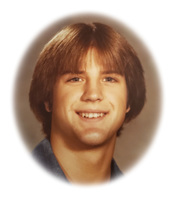