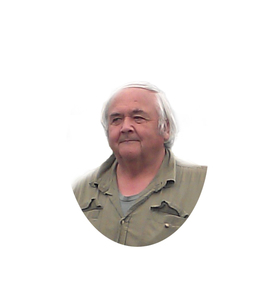 Jessie Derral Sampley Sr., 68, of Lawton, left this earthly plane, peacefully in the early morning of September 28th, 2022. Funeral services will be at 2 PM, Tuesday, October 11, 2022, at the Callaway-Smith-Cobb Chapel in Rush Springs. All services have been entrusted to Callaway-Smith-Cobb Funeral and Cremation Services

He was born August 26th 1954 in Rush Springs to Willie and Bonnie (Evans) Sampley. During his childhood, he lived in several places and eventually studied electronics at the University of Oklahoma.

Known by most as Derral, He grew up a loving, funny, hard working and caring father and husband. He was an accomplished Stone Mason, who enjoyed walking the mountain trails in Arizona and watching old western movies.

He is survived by: his two daughters, Wanda and her husband Ernie of Duncan, Dollie and her husband James of Lawton, one son, Jessie Sampley, Jr. also of Lawton; four Grandchildren, Rebekka, Reese, and Matthew of Duncan, Ryan and wife Icess of Marlow; six Great Grandchildren; His Brother, Billy of Lawton, along with numerous nieces and nephews.
He was preceded in death by his wife Joyce, seven brothers and two sisters

Online condolences may be made at www.CallawaySmithCobb.com.