To share your memory on the wall of Joe Tunnell, sign in using one of the following options:

Funeral services will be held at 1:00 PM, Monday, March 8, 2021, at the Lewis Field-Joe Tunnell Stadium, with Rev. David Hale and Drew Beard officiating. Burial will be in the Rush Springs Cemetery under the direction of Callaway-Smith-Cobb Funeral and Cremation Services in Marlow.

Joe was born Saturday, September 18, 1937 in, Chickasha, to Arthur and Corine (Jones) Tunnell. He lived in Rush Springs for most of his life. Joe was a 1955 graduate of Rush Springs High School and a 1959 graduate of East Central University, earning his Bachelor''s of Science Degree in History and Physical Education. Coach continued his education, and also earned his Master''s Degree in Secondary Education from ECU in 1963. Joe had many great athletic accomplishments during his school years. While in high school, he was a four year letterman, and a three year starter in football, basketball, and baseball. While he was a college student/player at ECU, he was a three year letterman and a two year starter at offensive and defensive guard. Joe worked as a teacher and a coach at Lindsay and Rush Springs schools, for a total of 41 years before retiring, 27 years in Rush Springs (1959-1967 and 1981-2000) and 14 years in Lindsay (1967-1981). Coach Tunnell retired from coaching in 2000. At that time, he began his former position at the Oklahoma Coaches Association as Exhibits/Clinic Coordinator from which he retired from December 2020.

Joe had lived in his childhood home, the little white house under the Rush Springs water tower, for most of his life. He once said "I''ll never leave Rush Springs, the people are great, and the town is great." Being a Rush Springs native, it''s almost obligatory to be involved in the annual Watermelon Festival. Joe was known for leading the Varsity Watermelon Slicing Team for more than 30 years. He was a very active and well-known member of the Rush Springs community. When Joe wasn''t busy coaching one of his own teams, he was busy being Rush Springs biggest fan, and he never missed a sporting event of any kind.

CoachTunnell led the Redskins to two undefeated State Championship seasons in 1966 as well as 1998. Friday, October 11, 1996, the Redskins beat Dibble for Joe''s 285th win. That win would make Joe the winningest high school coach in the history of Oklahoma, a title he would proudly hold for many years. Joe made thirty state playoff appearances, and twenty district titles throughout his career. When Joe retired, he held an incredible record with 322 wins, 137 losses, and 7 ties. After his retirement, the Rush Springs football field was named in his honor. Joe has been inducted into the Oklahoma Coaches Association Hall of Fame, the National High School Athletic Coaches Hall of Fame, the East Central Athletic Hall of Fame, and the Grady County Educators Hall of Fame. Coach Tunnell is a past president of the OCA and also a past president of the National High School Athletic coaches Association. Coach Tunnell had received over 30 coaching honors throughout his career, and held several different positions over the years for OCA.

Joe was an avid outdoorsman and enjoyed fishing and mowing lawns with his riding mower. He also enjoyed playing dominoes with his buddies. Joe had a passion for coaching football like no other. He loved each and every player that he was ever blessed with coaching. Joe left a message for his players: "I want my players to know that I cherished every one of them. Why would any sane person coach high school football for 41 years? For me, it was easy, I loved my players. I wish I had been able to say so, but it was simply not my nature. I hope we all meet in the promised land in Heaven. May God be with you." Although Joe was never married or had kids of his own, a countless number of people considered him part of their family. He greatly impacted thousands of lives throughout his coaching career, and his legacy will live on forever! Coach Tunnell will be deeply missed by all, but most importantly, never forgotten.

In lieu of flowers, memorial contributions can be made to the Rush Springs-All Sports Association.

Online condolences can be made to CallawaySmithCobb.com

To send flowers to the family or plant a tree in memory of Joe Arthur Tunnell, please visit our Heartfelt Sympathies Store.

Receive notifications about information and event scheduling for Joe

We encourage you to share your most beloved memories of Joe here, so that the family and other loved ones can always see it. You can upload cherished photographs, or share your favorite stories, and can even comment on those shared by others.

Posted Mar 03, 2021 at 07:41pm
Coach was a very special man, known him most of my life. He was a pallbearer for my son Steve, he told me Steve was a good kid.Coach was so much a part of Rush Springs, he will be missed!!
Comment Share
Share via:
SH

Coach was a great man and wonderful friend. He was always glad to see you and visit with you Seth and Judy Hensley 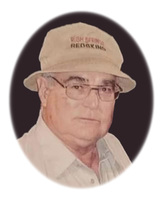 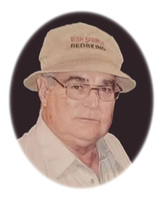