To share your memory on the wall of John Cook, sign in using one of the following options:

Print
Oklahoma City: John Wayne Cook went home to be with our Lord and Savior on Wednesday, November 18, 2020 at his home at the age of 81.

John (Wayne) was born Tuesday, August 8, 1939 in Velma, Oklahoma to Stokely Greenberry and Lola Mae (... Read More
Oklahoma City: John Wayne Cook went home to be with our Lord and Savior on Wednesday, November 18, 2020 at his home at the age of 81.

John (Wayne) was born Tuesday, August 8, 1939 in Velma, Oklahoma to Stokely Greenberry and Lola Mae (Campbell) Cook. Wayne attended and graduated from Lawton High School in 1957.
On Aug 12, 1959, he married the love of his life, Laura LaVerne Fine, in Lawton. While living in Lawton, on March 4, 1960, Wayne and Laura were blessed with the birth of a beautiful daughter, Vickie Lynn. During their 61 years of marriage, Wayne and Laura had many good and happy times, but as life goes, they also endured some hard and sad times. One such sad time was the death of their daughter Vickie Lynn on December 7, 2015. In 1963, they later moved to Oklahoma City where they lived for the remainder of their married life.
Wayne worked in the aircraft repair business for over 30 years. He had many talents, but he was quite the artist and craftsman. He enjoyed etching glass and sculpting as well as making knives, birdhouses, and outdoor furniture.
Wayne was a long time member of the Bethlehem Primitive Baptist Church of Oklahoma City, where he was baptized in September of 1963. He will be dearly missed by his brothers and sisters in Christ.
Survivors include his wife Laura of the home and a brother, David Cook of Duncan, along with numerous nieces and nephews.

He was preceded in death by his parents, 4 sisters, Martha Philpot, Nancy Locke, Geneva Nunley, and Virginia Tugman, and daughter, Vickie Lynn Berglund.

To send flowers to the family or plant a tree in memory of John Wayne Cook, please visit our Heartfelt Sympathies Store.

Receive notifications about information and event scheduling for John

We encourage you to share your most beloved memories of John here, so that the family and other loved ones can always see it. You can upload cherished photographs, or share your favorite stories, and can even comment on those shared by others.

Posted Nov 20, 2020 at 09:10pm
Wayne and I were friends for over 60 years have grown up together and attending various church meetings. After he and Laura were married, we spent many hours in each others homes. After I was ordained to the ministry in July 1980, Wayne and Laura attended numerous church services where I was preaching, which made us even closer friends to share our fellowship in the love in Christ.

My wife and I send my love and deepest sympathy to his dear wife, Laura and other family members. We pray that the Holy Spirit and the love of Christ Jesus will comfort them in this time of sadness. 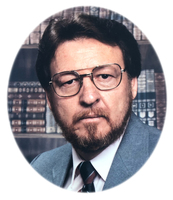