To share your memory on the wall of Judi Miller, sign in using one of the following options:

Provide comfort for the family of Judi Miller with a meaningful gesture of sympathy.

Funeral Services will be held at 10:00 AM, Monday, June 24, 2019, at the Tuttle Christian Church, with James McClure, Rev. David Hale, and Michael Gray officiating. Burial will follow in the Westview Cemetery under the direction of Callaway-Smith-Cobb Chapel in Rush Springs.

Judi was born Saturday, January 12, 1963 in Marlow to Jackie Otis and Cleta I. (Bowles) McClure. She graduated from Rush Springs High School and lived in Rush Springs until moving to Greeley, Kansas in 1988. Judi married the love of her life James Thomas Miller in Greeley, Kansas on July 29, 1989, they were married for 29 wonderful years before her passing. Judi moved back to the Grady county area in 1991 where she started her career at the Liberty Bank formerly Chickasha Bank and Trust as a Human Resource Director for more than 17 years. Judi was passionate about working and caring for her employees. She liked to read and research extensively. Judi was a loving woman that enjoyed spending time with her children and grandchildren especially watching them play sports. She was a member of the Tuttle Christian Church.

We encourage you to share your most beloved memories of Judi here, so that the family and other loved ones can always see it. You can upload cherished photographs, or share your favorite stories, and can even comment on those shared by others.

Abby, Maddi and Will, Matt and Ann White, and others have sent flowers to the family of Judi Gay Miller (McClure).
Show you care by sending flowers

Posted Jun 28, 2019 at 02:36pm
So sorry for your loss. I worked with Judi at the bank years ago and she always had a smile on her face. She was such a sweet lady. Prayers for all.
Comment Share
Share via:
AW

Abby, Maddi and Will

Posted Jun 23, 2019 at 05:14pm
Uncle Jim, We are thinking of you during this difficult time. Aunt Judi was a wonderful woman. With much love,

Abby, Maddi and Will purchased flowers for the family of Judi Miller. Send Flowers

Posted Jun 22, 2019 at 11:41pm
We are so sorry for your loss. We are thinking of your family during this difficult time.

Kevin and Ange and family

Kevin and Ange and family purchased flowers for the family of Judi Miller. Send Flowers

Jonna, Candis and their families.

Jonna, Candis and their families. purchased flowers for the family of Judi Miller. Send Flowers 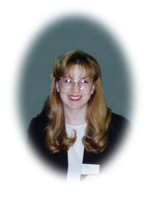 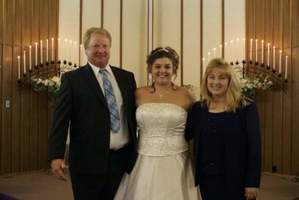