To share your memory on the wall of Karen Gannon, sign in using one of the following options:

At the family's request, no services are planned at this time. Cremation and all arrangements have been entrusted to Callaway-Smith-Cobb Funeral and Cre... Read More
Altus: Karen Ann Darling Gannon, 75, passed away Saturday, April 24, 2021 in Duncan.

At the family's request, no services are planned at this time. Cremation and all arrangements have been entrusted to Callaway-Smith-Cobb Funeral and Cremation Services in Marlow.

Karen was born Tuesday, November 13, 1945 in Hot Springs, SD, to Robert and Bertha (Huebner) Darling. She married David Gannon in 1980 in Vernon, TX., and they celebrated 38 years of marriage before he preceded her in death in 2018. Karen was a military wife who lived all over the world, and she spent her time being a homemaker. She loved sewing, cooking, reading, genealogy, and writing poetry. She was also a member of the Oglala Sioux Tribe.

Receive notifications about information and event scheduling for Karen

There are no events scheduled. You can still show your support by sending flowers directly to the family, or planting a memorial tree in memory of Karen Ann Gannon.
Plant a Tree

We encourage you to share your most beloved memories of Karen here, so that the family and other loved ones can always see it. You can upload cherished photographs, or share your favorite stories, and can even comment on those shared by others.

Plant a Tree in Memory of Karen
Plant a tree 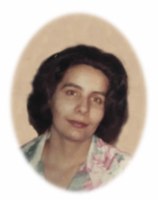