To share your memory on the wall of Kendall Kelly, sign in using one of the following options:

Cremation has taken place at the family's request, and Patrick will be planning a memorial service at a later date. Cremation and all arrangements have be... Read More
Marlow: Kendall Wayne Kelly, 56, passed away Sunday, February 7, 2021 in Shawnee.

Cremation has taken place at the family's request, and Patrick will be planning a memorial service at a later date. Cremation and all arrangements have been entrusted to Callaway-Smith-Cobb Funeral and Cremation Services in Marlow.

Ken was born Thursday, May 21, 1964 in Marlow, to Robert Eli and Mae Lorene (McKeever) Kelly. He was a 1982 graduate of Marlow High School. Ken worked as a directional driller in the oil and gas industry. He earned a degree in Culinary Arts from OSU Okmulgee in 1995, which is where he met Megan Merkel, and they were married on March 17, 1996. She preceded him in death on January 8, 1997. Ken was an avid outdoorsman who loved hunting, fishing, working on cars, and cooking for family and friends.

He was preceded in death by his wife, Megan Merkel, and brother, Michael Kelly.

In lieu of flowers, donations for Ken's headstone can be made directly to Patrick, and would be greatly appreciated by the family.

Receive notifications about information and event scheduling for Kendall

There are no events scheduled. You can still show your support by sending flowers directly to the family, or planting a memorial tree in memory of Kendall Wayne Kelly.
Plant a Tree

We encourage you to share your most beloved memories of Kendall here, so that the family and other loved ones can always see it. You can upload cherished photographs, or share your favorite stories, and can even comment on those shared by others. 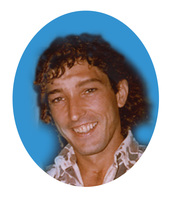