To share your memory on the wall of Kenneth Adams, sign in using one of the following options:

Print
Marlow: Kenneth Wayne Adams, passed away Saturday, August 3, 2019 in Marlow, at the age of 88.

Graveside Services will be held at 10:00 AM, Thursday, August 8, 2019, at the Duncan Cemetery with Military Honors conducted by the Stephens ... Read More
Marlow: Kenneth Wayne Adams, passed away Saturday, August 3, 2019 in Marlow, at the age of 88.

Graveside Services will be held at 10:00 AM, Thursday, August 8, 2019, at the Duncan Cemetery with Military Honors conducted by the Stephens County Honor Guard, with Rev. Steven Gillespie officiating. All arrangements have been entrusted to the Callaway-Smith-Cobb Funeral and Cremation Services in Marlow.

Kenneth was born Monday, February 16, 1931 in Duncan, to Edgar and Thelma (Vineyard) Adams. He had lived in the Stephens County area all of his life and had graduated from Duncan High School. Kenneth married the love of his life, Betty Bryce on July 22, 1955 in Lawton. They were married for 61 wonderful years before her passing in July of 2016. Kenneth served in the United States Army in the Korean War and later continued to serve in the National Guard 45 Infantry. He worked for Halliburton for more than 45 years as a machinist and was promoted to engineering the last year. Kenneth loved hot rods and car racing. He enjoyed hunting and spending quality time with his family especially his grandchildren. Kenneth loved restoring a number of things but his favorites were clocks and the guns that he collected. He was a member of the Stephen United Methodist Church in Duncan.

Along with his wife of 61 years, Kenneth was preceded in death by his parents, a brother, Richard Adams, and a sister, Helen Byers.

Pallbearers will be: his grandsons.

To send flowers to the family or plant a tree in memory of Kenneth Wayne Adams, please visit our Heartfelt Sympathies Store.

We encourage you to share your most beloved memories of Kenneth here, so that the family and other loved ones can always see it. You can upload cherished photographs, or share your favorite stories, and can even comment on those shared by others.

Janna Adams and Debbie Adams Lee and family have sent flowers to the family of Kenneth Wayne Adams.
Show you care by sending flowers

Posted Aug 05, 2019 at 11:45am
So very deeply sorry about Uncle Kenneth and my prayers go out to all of the family 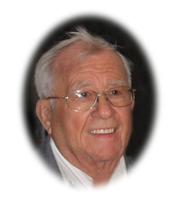