To share your memory on the wall of Loye "Butch" Swinney, sign in using one of the following options:

Provide comfort for the family of Loye "Butch" Swinney with a meaningful gesture of sympathy.

Graveside Services will be held at 2:00 PM, Tuesday, November 5, 2019, at the Marlow Cemetery, with Jim Crawford offici... Read More
Rush Springs: Loye "Butch" Lindsey Swinney, passed away Sunday, November 3, 2019 in Rush Springs, at the age of 79.

Graveside Services will be held at 2:00 PM, Tuesday, November 5, 2019, at the Marlow Cemetery, with Jim Crawford officiating. All arrangements have been entrusted to Callaway-Smith-Cobb Chapel in Rush Springs.

Butch was born Saturday, September 21, 1940 in Ardmore, to Norman and Jewel (Wilson) Swinney. He attended school in Ardmore at the Crooked Oak High School and had lived in Rush Springs for the last 10 years; previously living in Foster for 30 years. Butch married the love of his life, Sherry Lynn Bryson in El Reno on July 18, 1965; they had been married for 54 wonderful years. Butch worked in the oilfield for more than 40 years before retiring and previously served in the United States Army as a paratrooper. He loved camping and fishing with his grandchildren and great-grandchildren. Butch enjoyed working on model airplanes and trains. He leaves behind his beloved babies (dogs) Tootsie and Tiny.

We encourage you to share your most beloved memories of Loye "Butch" here, so that the family and other loved ones can always see it. You can upload cherished photographs, or share your favorite stories, and can even comment on those shared by others.

Jennifer Perkins and Steve & Gayla Campbell have sent flowers to the family of Loye "Butch" Lindsey Swinney.
Show you care by sending flowers

Flowers were purchased for the family of Loye "Butch" Swinney. Send Flowers

Posted Nov 04, 2019 at 03:37pm
Thinking of you all & remembering all the memories of Butch over the years. Dad will be missed. Wish I was there to hug you all! Love, Jennifer XOXOX

Jennifer Perkins purchased the The FTD Comfort Planter and planted a memorial tree for the family of Loye "Butch" Swinney. Send Flowers

Posted Nov 04, 2019 at 03:33pm
Dear Aunt Sherry and Family - we are sad to hear about our beloved Uncle Butch. We are sad, but happy that Uncle Butch is in the arms of our Savior.

Flowers were purchased for the family of Loye "Butch" Swinney. Send Flowers

Posted Nov 04, 2019 at 02:31pm
I loved Butch like a father. He was a sweet sweet soul and loads of fun to be around. I envied the friendship that he and Sherry has with my mom and dad. You just don’t find those kinds of friends anymore. I pray for peace, strength and comfort for the family. Butch will be sorely missed. Rest In Peace dear man!
Comment Share
Share via:
SC 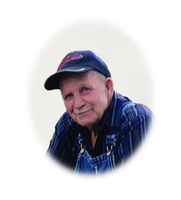