To share your memory on the wall of Martha Sweat-Newton, sign in using one of the following options:

Louise was born Saturday, May 31, 1941 in Phoenix, AZ. She lived most of her life in the Rush Springs, Marlow, and Bray areas and attended Bray schools. She met William "Bill" Ernest Sweat and they were married in 1961 in Chickasha, and celebrated 48 years of marriage until his passing in 2009. Louise later married Don Newton, November 27, 2010 in Enos, and they had resided in Enos since 2010. She spent her life being a homemaker, and wouldn't have had it any other way. Louise loved cooking and baking things such as different candies, peanut brittle, peanut patties, and cinnamon rolls. She enjoyed fishing, raising parakeets and quail, and woodworking. Louise loved staying busy and working on all the things she enjoyed in life. She especially loved spending time with her family, and she will be missed greatly.

To send flowers to the family or plant a tree in memory of Martha Louise Sweat-Newton, please visit our Heartfelt Sympathies Store.

Receive notifications about information and event scheduling for Martha

We encourage you to share your most beloved memories of Martha here, so that the family and other loved ones can always see it. You can upload cherished photographs, or share your favorite stories, and can even comment on those shared by others. 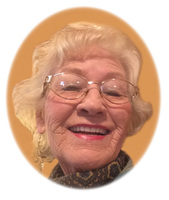 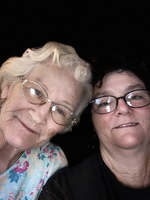