To share your memory on the wall of Melvin May, sign in using one of the following options:

Provide comfort for the family of Melvin May with a meaningful gesture of sympathy.

Graveside Services will be held at 10:00 AM, Wednesday, September 18, 2019, at the Fort Sill National Cemetery with Military Honors conducted by the Step... Read More
Marlow: Melvin Leon May, 78, passed away Sunday, September 15, 2019 in Marlow, OK.

Graveside Services will be held at 10:00 AM, Wednesday, September 18, 2019, at the Fort Sill National Cemetery with Military Honors conducted by the Stephens County Honor Guard. All arrangements have been entrusted to Callaway-Smith-Cobb Funeral and Cremation Services in Marlow.

Melvin was born Thursday, June 5, 1941 in Wright City, to Elmer and Effie (Mitchell) May. He served in the United States Army and the United States Airforce for a number of years. Melvin married the love of his life, Carol Ingersoll in Crookston, Minnesota on June 9, 1964. They were married for 55 wonderful years before his passing. Melvin had lived in the Blanchard area for many years before moving to Marlow almost 2 years ago. He enjoyed painting, fishing, and reading. Melvin was a member of the Masonic Tanana Lodge #3 in Fairbanks, Alaska.

Survivors include, his wife, Carol May of the home, a daughter, Lynda Dennis of Eldorado, 6 grandchildren, Haly, Christina, Tanja, Marissa, James, Jacob, a great-grandson, Christopher. He was also survived by a sister, Sue Wilkerson of Cartwright, as well as numerous nieces and nephews.

Melvin was preceded in death by his parents, 2 daughters, Melvetta Pierson, Marian Stratton, and a brother, Dale May.

To send flowers in memory of Melvin Leon May, please visit our Heartfelt Sympathies Store.

We encourage you to share your most beloved memories of Melvin here, so that the family and other loved ones can always see it. You can upload cherished photographs, or share your favorite stories, and can even comment on those shared by others.

Love, Sue and her gang sent flowers to the family of Melvin Leon May.
Show you care by sending flowers

Posted Sep 17, 2019 at 07:08pm
It has been long time since we seen each other but you was in my thoughts often. Everyone is in our prayers. Sending our love.
Comment Share
Share via:
LG

Love, Sue and her gang

Love, Sue and her gang purchased flowers for the family of Melvin May. Send Flowers 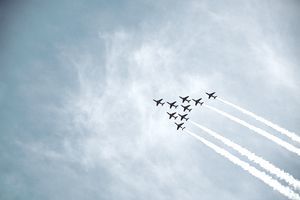