To share your memory on the wall of Michael McPherson, sign in using one of the following options:

Print
Marlow: Michael Stephen McPherson, passed away Thursday, September 3, 2020 in Marlow. He was 69.

Funeral Services will be held at 10:00 AM, Tuesday, September 8, 2020, at the First Baptist Church in Marlow, with Rev. Jeremy Witt officiat... Read More
Marlow: Michael Stephen McPherson, passed away Thursday, September 3, 2020 in Marlow. He was 69.

Funeral Services will be held at 10:00 AM, Tuesday, September 8, 2020, at the First Baptist Church in Marlow, with Rev. Jeremy Witt officiating. Burial will follow in the Marlow Cemetery. Arrangements are under the care of the Callaway-Smith-Cobb Funeral and Cremation Services in Marlow.

Mike was born Friday, June 29, 1951 in Carnegie, OK, to Stephen Earl and Effie Irene (Marrs) McPherson. He graduated from Lamar High School and attended Lamar Junior College, in Lamar, CO. Mike continued his education, earning a Bachelor's degree in Physical Education from Southwestern Oklahoma State University. Mike married Karen Sue Spivey on January 20, 1973, in Marlow. They were married for 47 years before his passing. He lived in Marlow since 1974. Mike worked for Halliburton for 35 years as an expediter/scheduler in Duncan, where he built and enjoyed many lifelong friendships. He also impressed upon many lives as a high school sports official. He officiated basketball, baseball, softball, volleyball, among other sports, for 27 years throughout the state of Oklahoma. Following his officiating years, he stepped into the radio booth calling basketball games for KFXI for 15 years. He enjoyed playing golf but what he enjoyed most was spending time with his family that adored him.

Mike was preceded in death by mother, Irene, and a sister, Stephanie.


Please visit his memorial page www.callawaysmithcobb.com to share condolences, a memory, or photo.

To send flowers to the family or plant a tree in memory of Michael Stephen McPherson, please visit our Heartfelt Sympathies Store.

Posted Sep 07, 2020 at 07:38pm
Regardless of the time or distance between true first cousin's friendship, the bond is everlasting.

3 trees were planted in the memory of Michael McPherson

Posted Sep 10, 2020 at 12:08pm
Our children attended Marlow schools and I can not estimate how many games Mr. McPherson officiated! He always displayed fairness and great sportsmanship. Our condolence to the family. Rondall & Ida Elliott
Comment Share
Share via:
SD

Posted Sep 04, 2020 at 09:44pm
Mike and Karen were our neighbors for over forty years. They were kind and thoughtful throughout all that time. Mike will be missed. Shannon Davis
Comment Share
Share via: 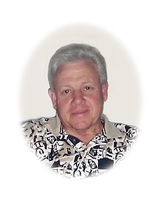