To share your memory on the wall of Michael Vanston, sign in using one of the following options:

Funeral Services will be held at 1:00 PM, Saturday, July 18, 2020, at the Cumberland Presbyterian Church, with Elder Keith Ellis officiating. ... Read More
Marlow: Michael Sean Vanston, passed away Monday, July 13, 2020 in Marlow, at the age of 43.

Funeral Services will be held at 1:00 PM, Saturday, July 18, 2020, at the Cumberland Presbyterian Church, with Elder Keith Ellis officiating. Burial will follow in the Marlow Cemetery with Military Honors conducted by the Stephens County Honor Guard. All arrangements have been entrusted to the Callaway-Smith-Cobb Funeral and Cremation Services in Marlow.

Michael was born Friday, December 3, 1976 in Fort Belvoir, VA, to Leland Vanston and Kathryn (Miller) Vanston. He lived in the Marlow area since 2005 and had previously lived in Lawton. Michael married Amanda Cook in Marlow on August 30, 2003; they were married for 16 years before his passing. Michael working as an oilfield consultant for more than 10 years after serving in the United States Army. He was a great husband and father. Michael enjoyed riding his motorcycles with his son and spending quality time with his kids. He was very social and had a great sense of humor making anyone laugh. Michael would do anything for his family, friends, even strangers. He loved his family dearly and will be forever missed.

Michael is preceded in death by his father-in-law, Bob Cook.

Memorial Contributions can be made to the Michael Vanston Memorial Fund at BancFirst.

To send flowers to the family or plant a tree in memory of Michael Sean Vanston, please visit our Heartfelt Sympathies Store.

Love, Dewayne, Amber, Hannah, and Hailey Davis, Ricky Conway, and other have sent flowers to the family of Michael Sean Vanston.
Show you care by sending flowers

Posted Jul 16, 2020 at 12:04pm
Know matter what, we love you and wish you had chosen a different path. You are in God's loving healing hands now. Your brother will help you.

3 trees were planted in the memory of Michael Vanston

Posted Jul 27, 2020 at 07:36pm
Kathy and Ed so sorry to hear about Michael. Definitely remember him as a little boy. You are in my thoughts and prayers.
Comment Share
Share via:

Posted Jul 23, 2020 at 06:49am
I worked with Mike in the Marcellus Shale. I remember he brought a positive attitude and performed his work very well. I was hoping to cross path again, Mike. Our prayers go out to you and your family.
Comment Share
Share via:
M

Posted Jul 20, 2020 at 06:56am
To the Vanston family, my sincere condolences for your loss. Please find comfort in the knowledge that God promises to end all suffering. Before long, God will wipe out every tear from our eyes, and “death will be no more, neither will mourning nor outcry nor pain be anymore. The former things (will) have passed away.”(Rev. 21:3,4). May this promise from God give you comfort now and a real hope for the future. My deepest sympathy.
Comment Share
Share via:
CB

Posted Jul 18, 2020 at 06:29pm
Another kind soul gone too soon. You were truly one-of-a-kind, Michael. You will be dearly missed. Heartfelt sympathy to all the family and friends of this beloved man.
Comment Share
Share via: 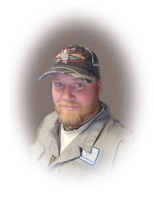