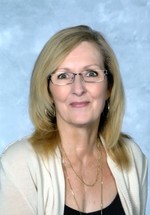 Funeral Services will be held at 2:00 PM, Monday, February 25, 2019, at the Glory Bound Church, with Rev. David Woods officiating. Burial will follow in the Duncan Cemetery under the direction of Callaway-Smith-Cobb Funeral and Cremation Services in Marlow. A family visitation has been scheduled for Sunday, February 24, 2019 for 6:00 PM to 8:00 PM at the Callaway-Smith-Cobb Funeral Home.

Patricia was born Sunday, June 26, 1955 in Norfolk, VA, to Robert Toler and Laura (Fisher) Bowden. She had lived in the Marlow area since 1994 and previously lived in the Elgin area. Patricia received an associates degree from Cameron University and was employed with the Marlow Public Schools. She was very passionate about her work as a teachers aide and greatly enjoyed working with children. She married Larry Harvill on February 9, 1996. They enjoyed 19 years together before his passing on June 9, 2015. Patricia later went on to marry Randy Busse in Florida on July 22, 2016 and they were married for 2 short years before her passing. She was a wonderful cook that loved to bake. She was known for her Christmas candy and cinnamon rolls. Patricia was a family woman that loved her family dearly and enjoyed spending time with them as much as possible. She was a member of the Glory Bound Church and a member of the Nansemond Indian Tribe.

Survivors include, her husband, Randy Busse of the home, a daughter, Emily Harvill of Marlow, 3 sons, James Plumley and wife Robin of Elgin, Greg Plumley of Duncan, Jeremy Plumley and wife April of Germany, 11 grandchildren, her mother, Laura George of Sterling, 6 brothers, and 4 sisters. She was as survived by numerous nieces and nephews as well as a host of friends and a best friend Louise Plumley of Elgin.

Along with her husband of 19 years, Patricia was preceded in death by her father.