To share your memory on the wall of Richard Brown, sign in using one of the following options:

Cremation has taken place at the family's request, and no services are planned at this time. Cremation and all arrangements have been entrusted to... Read More
Rush Springs: Richard A Brown, 56, passed away Wednesday, March 24, 2021 in Rush Springs.

Cremation has taken place at the family's request, and no services are planned at this time. Cremation and all arrangements have been entrusted to Callaway-Smith-Cobb Funeral and Cremation Services in Marlow.

Richard was born Tuesday, December 29, 1964 in Odessa, TX, to Norman and Roberta (Selmon) Brown. In 2013, Richard returned to school, earning his high school diploma from Jefferson High. Richard met Regina Clark, and they were married September 21, 1985, in Morgan City, LA., and celebrated over 35 years of marriage. He had lived in Rush Springs for over 30 years, and worked as a pumper. Richard enjoyed writing songs, playing music, fishing in Louisiana, camping, and playing video games. Most importantly, he loved his family and will be missed deeply.

He was preceded in death by his parents.


In lieu of flowers, memorial contributions can be made to the American Cancer Society.

To plant a memorial tree in honor of Richard A Brown, please visit our Heartfelt Sympathies Store.

Receive notifications about information and event scheduling for Richard

There are no events scheduled. You can still show your support by sending flowers directly to the family, or planting a memorial tree in memory of Richard A Brown.
Plant a Tree

We encourage you to share your most beloved memories of Richard here, so that the family and other loved ones can always see it. You can upload cherished photographs, or share your favorite stories, and can even comment on those shared by others.

Plant a Tree in Memory of Richard
Plant a tree 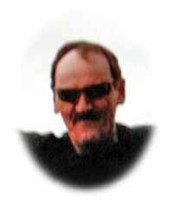