To share your memory on the wall of Richard Derryberry, sign in using one of the following options:

At the family's request cremation has taken place and a Memorial Service is scheduled at 2:00 PM, Tuesday, August 18, 2020 at the Pecan Street Church of God. Cremation and all other arrangements have been entrusted to the Callaway-Smith-Cobb Funeral and Cremation Services in Marlow.

Rick was born Sunday, July 27, 1958 in Downey, CA, to William and Myrna (Evans) Derryberry. He worked as a carpenter for more than 38 years before retiring and had lived in the Stephens County area for the past 5 years as well as living in the Caddo County area previously to that. Rick married his loving wife, Mary Mayo in Chickasha on July 27, 1982; they were married for 38 wonderful years before his passing. Rick enjoyed playing with his grandchildren. He liked rock climbing and going to church. Rick loved spending time with his family that he adored. He was a member of the Mainstreet House of Prayer in Duncan.

Rick was preceded in death by his parents and grandparents.

To send flowers to the family or plant a tree in memory of Richard Alan Derryberry, please visit our Heartfelt Sympathies Store.

Receive notifications about information and event scheduling for Richard

We encourage you to share your most beloved memories of Richard here, so that the family and other loved ones can always see it. You can upload cherished photographs, or share your favorite stories, and can even comment on those shared by others. 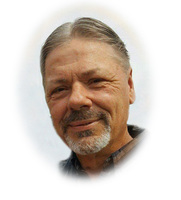