To share your memory on the wall of Robert Ferguson, sign in using one of the following options:

Provide comfort for the family of Robert Ferguson with a meaningful gesture of sympathy.

Print
Marlow: Robert David Ferguson, passed away Monday, April 13, 2020 in Oklahoma City, at the age of 63.

Private Family Funeral Services will be held at 2:00 PM, Tuesday, April 21, 2020, at the Callaway-Smith-Cobb Chapel in Marlow, with Sis... Read More
Marlow: Robert David Ferguson, passed away Monday, April 13, 2020 in Oklahoma City, at the age of 63.

Private Family Funeral Services will be held at 2:00 PM, Tuesday, April 21, 2020, at the Callaway-Smith-Cobb Chapel in Marlow, with Sister Alice Wendling officiating. Burial will be in the Westview Cemetery under the direction of Callaway-Smith-Cobb Funeral and Cremation Service in Marlow.

Robert was born Wednesday, May 16, 1956 in Anadarko, to Alfred C. and Alice (Parson) Ferguson. He lived in Stephens and Grady County area most of his life. Robert worked as a handyman for many years. He enjoyed watching westerns on T.V. and listening to Native American Flute as well as looking at Native American art. Robert loved to fish.

Robert was preceded in death by father, Alfred C. Ferguson and his grandparents.

To send flowers to the family or plant a tree in memory of Robert David Ferguson, please visit our Heartfelt Sympathies Store.

Receive notifications about information and event scheduling for Robert

We encourage you to share your most beloved memories of Robert here, so that the family and other loved ones can always see it. You can upload cherished photographs, or share your favorite stories, and can even comment on those shared by others. 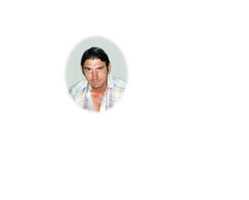