To share your memory on the wall of Robert Schulz, sign in using one of the following options:

At the family's request, cremation has taken place and a memorial service will be held at the Central Baptist Church on Tuesday, February 26 ... Read More
Marlow: Robert Dale Schulz, passed away Friday, February 15, 2019 in Marlow, at the age of 56.

At the family's request, cremation has taken place and a memorial service will be held at the Central Baptist Church on Tuesday, February 26 at 10:30 with Rev. Darrell Blain officiating. All arrangements have been entrusted to Callaway-Smith-Cobb Funeral and Cremation Services in Marlow.

Robert was born Monday, January 14, 1963 in Wautoma, WI, to Leland M. and Betty (Thornton) Schulz. He lived in Praire Duchenne, WI before moving to the Central High area in 2011. He attended school in Aurora, IL and was a truck driver for many years for Waukon Trucking. Robert married Margaret Tomerlin in Strawberry Point, Iowa on March 25, 2006. They were married for 12 years before his passing. Robert enjoyed gardening and raising chickens. He had a passion for construction work and love building things out of wood. Robert was a member of the Central High Baptist Church.

Robert was preceded in death by his parents, a brother, Donnie Ray Schulz, and his great grandmother.

To send flowers to the family or plant a tree in memory of Robert Dale Schulz, please visit our Heartfelt Sympathies Store.

Receive notifications about information and event scheduling for Robert

We encourage you to share your most beloved memories of Robert here, so that the family and other loved ones can always see it. You can upload cherished photographs, or share your favorite stories, and can even comment on those shared by others.

Dear daddy,
The emotion I feel is never ending. I keep thinking this is all a bad dream and I'm going to wake up any minute to hear your voice.  I feel guilty for not being grateful that you are now in a better place. I feel greedy for being angry that I didn't get more time. I even feel resentful that I didn't get a proper goodbye.
I can't help, but feel broken without you.

You were my compass.  You are where I get my spirit, my passion, my temper, and ability to be comfortable being just myself. I can only hope I teach my girls to love themselves for who they are, as you taught me to do. I hope to always give them the love they need, even when they need it to be from a far, like you did many times over for me. I will always accept them for who they are, without judgement ,the way you did for me.

You were everything I needed you to be, and somehow, always at just the right time. You were never perfect, but you always took lesson from the things that went wrong. You used to tell me, without suffering their is no compassion. Without failure you cannot learn. You also said the words humble and prideful do not coincide.
You were a man of many faces. Never fake, but open to the world and it's flaws.

In addition to being my dad, you were also a son, a sibling, a loyal friend, a neighbor, and a loving husband. You always loved people vibrantly even when it hurt you to love them. I am thankful that you are my dad, and I am grateful you found someone who you loved unconditionally, and dished back just as much crazy as you served.

Daddy, your love for those you left behind will shine on through new eyes, and never be forgotten. Your life does not truly end here, but it doesn't change the hurt that I feel standing here saying, until I see you again, I love you!
Your loving daughter
Your baby girl
Your Lil One forever
Tasha Booth (Schulz)

Posted Feb 25, 2019 at 07:37pm
We are so sorry to hear Robert Passed.He is now in the hands of the lord.May he rest in peace.Alan & Terry French
Comment Share
Share via:
RS

Posted Feb 25, 2019 at 07:17pm
Sent with love, deepest sympathies, and best well wishes for speedy healing hearts. His spirit lives on in the lives of the people he touched.

Posted Feb 18, 2019 at 10:01am
My heartfelt condolences to Robert’s family for your loss. There are no words to express the pain of losing a husband, a father, a grandfather, a brother, and a friend. In the very near future, we will see the promise in Revelation 21:4 fulfilled where it says that pain and death will be gone forever. Until this time, I hope this promise along with your memories will help heal your heavy hearts. May the “God of All Comfort” be with you now and in the difficult days ahead. (2 Corinthians 1:3,4)
Comment Share
Share via: 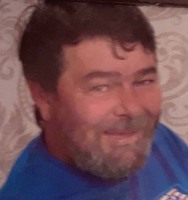 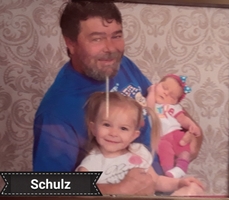 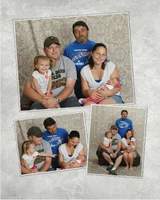 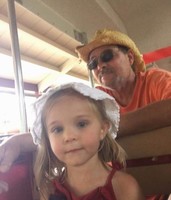