To share your memory on the wall of Roger Marshall, sign in using one of the following options:

Print
Marlow: Roger (Rocky) Alan Marshall, ended his life's journey on Sunday, August 23, 2020 with his family by his side, at the age of 68.

Rocky was born Friday, November 30, 1951 in San Jose, CA, to Eugene G. and Beatrice (Ballard) Marshall. Rocky worked as an electrical journeyman lineman for the City of Duncan and then for Utilx-Novinium Corporation until his retirement. He loved his job and the friends that he made there along the way. Rocky married the love of his life, Vickey Diana Foss in Duncan on May 17, 1974; they were married for 46 wonderful years before his passing. Rocky enjoyed traveling and traveled many places with his job, sometimes bringing his grandchildren along making many great memories. Everyone knew him for his keen sense of humor and his kindness. Rocky will be missed dearly by everyone that knew him.

To send flowers to the family or plant a tree in memory of Roger Alan Marshall, please visit our Heartfelt Sympathies Store.

Receive notifications about information and event scheduling for Roger

We encourage you to share your most beloved memories of Roger here, so that the family and other loved ones can always see it. You can upload cherished photographs, or share your favorite stories, and can even comment on those shared by others.

Sherry and Chris Munn sent flowers to the family of Roger Alan Marshall.
Show you care by sending flowers 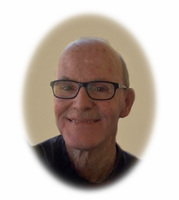