To share your memory on the wall of Ruby Baker, sign in using one of the following options:

Funeral Services will be held at 2:00 PM, Monday, October 14, 2019, at the Callaway-Smith-Cobb Chapel in Marlow, with Trevor McClure and James McClure officiating. Burial will follow in the Marlow Cemetery under the direction of Callaway-Smith-Cobb Funeral and Cremation Services in Marlow.

Ruby was born Wednesday, May 9, 1945 in Cheyenne, Oklahoma, to James Lawrence and Sadie Sarah (Walker) McCaskill. She graduated from Cheyenne High School. Ruby married the love of her life, Paul Baker in Cheyenne, at the United Methodist Church on August 7, 1964. They were married for 55 wonderful years before her passing. After marrying, Ruby and Paul lived in the Marlow and Rush Springs areas most of their lives. Ruby worked as the assistant librarian in Rush Springs Schools for more than 22 years. She enjoyed quilting and antiquing. Ruby loved going to flea markets; looking for treasures. She liked working in her flower beds and gardening. Ruby's most precious time spent was taking care of her grandchildren and spending time with her family.

Survivors include, her husband, Paul Baker of the home, a son, Michael Baker and wife Debbie of Durant, a daughter, Kimberly McClure and husband Tony of Marlow, 4 grandchildren, Hunter McClure and wife Kenzy of Foster, Trevor McClure and wife Hannah of Altus, Colten O'Conner and wife Christine of Durant, Chloe O'Conner of Duncan, 2 great-granddaughters, Kate McClure and Stetson Shorter. She is also survived by a sister, Mary Parkhurst of Walsenburg, CO, a brother-in-law, W.R. Howard and wife Terri of Hennepin, a sister-in-law, Betty McCaskill of Gentry, AR, as well as numerous nieces and nephews.

Honorary Pallbearer will be: Jerry Williams.

To send flowers to the family or plant a tree in memory of Ruby Viola Baker, please visit our Heartfelt Sympathies Store.

Receive notifications about information and event scheduling for Ruby

We encourage you to share your most beloved memories of Ruby here, so that the family and other loved ones can always see it. You can upload cherished photographs, or share your favorite stories, and can even comment on those shared by others.

Brent and Tracy Whitaker and Family sent flowers to the family of Ruby Viola Baker.
Show you care by sending flowers

Brent and Tracy Whitaker and Family

Posted Oct 13, 2019 at 05:08pm
So sorry for your loss, Uncle Paul. Aunt Ruby was one of the nicest persons I ever met. Bless you and your family. I still remember her sweet voice

Brent and Tracy Whitaker and Family purchased flowers for the family of Ruby Baker. Send Flowers

Posted Oct 12, 2019 at 05:36pm
She was a great sister in law loved her a lot and always loved looking at her home made quites and she was a great cook mother and a she love Ed her grand kids and playing cards with them and the great grand daughter she was a sweet person loved her so much
Comment Share
Share via:
PS 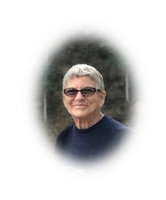