To share your memory on the wall of Ruby Jorgenson, sign in using one of the following options:

Provide comfort for the family of Ruby Jorgenson with a meaningful gesture of sympathy.

Born August 8, 1932 in the Hope Community Southeast of Marlow. She is the 4th of 6 children born to Herbert and Nellie (Taylor) Howard. She attended several rural schools and graduated from Marlow High Sc... Read More
RUBY BLANCHE (Howard) JORGENSON

Born August 8, 1932 in the Hope Community Southeast of Marlow. She is the 4th of 6 children born to Herbert and Nellie (Taylor) Howard. She attended several rural schools and graduated from Marlow High School in 1950. In the summer of 1950, she was saved and baptized at Gatlin Baptist Church. Blanche married Gene Jorgenson on August 20th, 1950. The pastor who married them (he also baptized both of them) was Loftus Nunley who was the first pastor of Gatlin Baptist Church. She was employed by Haliburton upon graduation from Marlow High School. Her husband joined the US Airforce on January 2, 1952 and became an instructor at Shepherd Air Force Base in Wichita Falls. Blanche transferred to the Halliburton office there and worked until her husband was discharged to enter the Gospel Ministry. Their first church to pastor was Salesville Baptist Church near Mineral Wells, Texas. While Gene attended Southwestern Seminary in Fort Worth, Blanche took several Seminary courses also. She and Gene spent 35 years in the ministry in Texas before returning to Marlow to pastor FBC where he retired in 1993.
Blanche was a “stay-at-mom” wife and mom with one brief exception. After Karen went away to college, she worked for Montgomery Ward Co. She was a devoted pastor’s wife and mother. She loved her home and was an immaculate housekeeper; excellent cook; good seamstress; and a trusted friend.
She had a great love for her family… immediate and extended. She loved Ron and Karen with a passion and her love for her three grandchildren (Austin, Kristy, and Ginger) is unequaled. She talked about them and prayed for them every day.
Blanche was a dedicated and committed Christian who loved her Savior; her church; her Bible; the great gospel songs and hymns; and she loved church work. She taught 3rd and 4th grade girls in Sunday School for several years and never tired of working for the cause of missions. She was a faithful and serving member of the Women’s Missionary Union for over 50 years. To the very end of her life she stayed in touch with several missionary couples in several countries. She accompanied her husband on several mission projects: a 14 day partnership mission (evangelistic) to Bayreuth, Germany; Oslo, Norway; and three times to Carey Baptist Church in Preston, England. She went with her Dallas church group to Saint Cloud, Minn. where the men erected a church building and the women did backyard VBS.
Many church members in the churches that they pastored often said that Blanche was the “ideal” pastor’s wife…. She let Gene pastor and she gave total, loving, faithful, and committed support to him and the ministry.
Blanche is survived by her husband, Gene Jorgenson of the home, her daughter, Karen Smith and husband Ron of Chickasha, 3 grandchildren, Ginger Burke and husband Joe, Kristy Kuglin and husband Aaron, Austin Campbell, 8 great-grandchildren. She is also survived by a brother, Eugene Howard and wife Vivian, a sister, Betty Barnes, as well as numerous nieces and nephews.
Blanche is preceded in death by her parents, 2 brothers, W.H. Howard, Troy Howard, and a sister, Loretta Pilgrim.
Blanche preceded this life on Thursday, May 23, 2019 in Chickasha.
Funeral Services will be Wednesday, May 29, 2019 at 2:00 PM at the First Baptist Church in Marlow with Rev. James Swain officiating. Burial will follow in the Duncan Cemetery. All arrangements have been entrusted to the Callaway-Smith-Cobb Funeral and Cremation Services in Marlow.

We encourage you to share your most beloved memories of Ruby here, so that the family and other loved ones can always see it. You can upload cherished photographs, or share your favorite stories, and can even comment on those shared by others.

Rowes, Farris, and Zarantonellos sent flowers to the family of Ruby Blanche Jorgenson (Howard).
Show you care by sending flowers

Posted May 29, 2019 at 06:33pm
Phyllis and I would like to share our prayers and love for the family of Blanche Jorgensen. Blanche and husband, Gene, were good friends to my parents, Myrtle and Roy Norfleet. They were comforting to our family at the event of my parent's passing.
Mike and Phyllis Norfleet
Comment Share
Share via:
RZ

Posted May 24, 2019 at 02:28pm
Such a sweet lady. We loved her here in Addington and will be lifting your family in prayer.
Pat Sumner Webb
Zack Sumner
Comment Share
Share via: 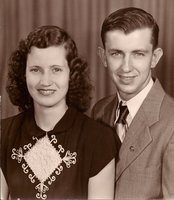 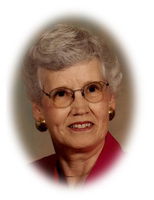