To share your memory on the wall of Samuel Dennis, sign in using one of the following options:

Funeral services will be held at 2:00 PM, Tuesday, November 3, 2020, at the Southern Baptist Church in Rush Springs, with the Rev. Elmer Whitehead officiating. Burial will be in the Rush Springs Cemetery under the direction of Callaway-Smith-Cobb Funeral Home and Cremation service in Marlow.

Samuel was born Friday, July 16, 1948 in Chickasha, to Walter and Doshie (Mason) Dennis. Samuel lived in the Rush Springs area his entire life and graduated from Rush Springs High School. He later attended Cameron University. Samuel married Sandra Sue Turner, on June 7, 1968 at the Pearl Assembly of God, in Doyle, and they shared nearly 19 years together until she preceded him in death in May of 1987. Samuel was proud of his country and served in the National Guard where he earned a marksman certification, which was something he was very proud of. After returning to Rush Springs, Samuel worked for several Oil Companies as well as the HIVI Dog Food Company as a truck driver for many years. Samuel enjoyed hunting, fishing, playing cards and dominoes, but his greatest joy was spending time watching his kids run track or play at all of their various sporting activities. Samuel loved visiting with his family, and was quite the jokester; he loved to tell a good joke and always had a story to tell. Samuel was a member of the Southern Baptist Church in Rush Springs, where he loved attending his Sunday School class and studying his Bible.

Samuel was preceded in death by his parents and wife.

Pallbearers will be: Grandsons.

To send flowers to the family or plant a tree in memory of Samuel Roy Dennis, please visit our Heartfelt Sympathies Store.

Receive notifications about information and event scheduling for Samuel

We encourage you to share your most beloved memories of Samuel here, so that the family and other loved ones can always see it. You can upload cherished photographs, or share your favorite stories, and can even comment on those shared by others.

Steve & Kathy Mason and Tanner and Tori sent flowers to the family of Samuel Roy Dennis.
Show you care by sending flowers

Tanner and Tori purchased the The FTD Comfort Planter for the family of Samuel Dennis. Send Flowers

Flowers were purchased for the family of Samuel Dennis. Send Flowers 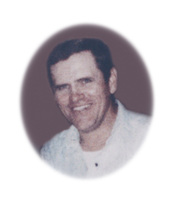