To share your memory on the wall of Sherrill Scott, sign in using one of the following options:

Print
Marlow: Sherrill Lynn Scott was born on Friday, March 18, 1938 in Duncan to Charles W. and Alma Imogene (Calhoun) Scott. Sherrill went home to be with his Lord and Savior on Thursday, February 4, 2021. He was 82.

Funeral services will ... Read More
Marlow: Sherrill Lynn Scott was born on Friday, March 18, 1938 in Duncan to Charles W. and Alma Imogene (Calhoun) Scott. Sherrill went home to be with his Lord and Savior on Thursday, February 4, 2021. He was 82.

Funeral services will be held at 10:00 A.M. Tuesday, February 9, at the Callaway-Smith-Cobb Funeral Home in Marlow with Rev. Randy Southerland officiating. Burial will be in the Marlow Cemetery. A family visitation will be held at the funeral home from 6:00 P.M. to 8:00 P.M. on Monday, February 8. Funeral services and all arrangements have been entrusted to Callaway-Smith-Cobb Funeral and Cremation Services in Marlow.

Sherrill has lived in this area all of his life, attending both Hope and Bray Schools, graduating from Bray High School in 1956. Sherrill worked as a Heat and Air Installer and also owned a Rain Gutter business for many years. He loved quail and small game hunting in his younger days. His hobbies moved from hunting to golf, camping and fishing as the grandkids started to arrive, but he was always ready for a game of dominoes though. Whether it was a family and friends gathering on Sunday night or a trip to the World Domino Championship Tournament, Sherrill was always ready. One thing that never got old was going to watch his children or grandchildren play sports. He was there for football games, basketball games, softball and any other sport they attempted or any other event they may have been involved in. He loved spending time with his family. One of his favorite things was going to eat at Tim's Place to see his friends. He always wanted to make sure his yard looked nice and spent a lot of time outside on his lawnmower and giving the grandkids a ride. At the end of the day, he would stop at Braums to have a chocolate ice cream cone. when he was not busy with family and friends, he liked to spend time watching all the old westerns, but regardless of what he was doing, Sherrill always made sure his family was taken care of and was available any time they needed anything. He will be greatly missed by all.

To send flowers to the family or plant a tree in memory of Sherrill Lynn Scott, please visit our Heartfelt Sympathies Store.

Receive notifications about information and event scheduling for Sherrill

We encourage you to share your most beloved memories of Sherrill here, so that the family and other loved ones can always see it. You can upload cherished photographs, or share your favorite stories, and can even comment on those shared by others.

The FTD Living Spirit Dishgarden was purchased and planted a memorial tree for the family of Sherrill Scott. Send Flowers 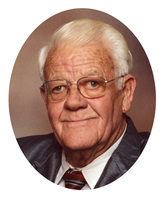