To share your memory on the wall of Shirley Hughes, sign in using one of the following options:

At the family's request cremation has taken place and no services are scheduled at this time. All arrangements have been entrusted to Callaw... Read More
Duncan: Shirley Ann Hughes, passed away Wednesday, March 13, 2019 in Duncan, at the age of 80.

At the family's request cremation has taken place and no services are scheduled at this time. All arrangements have been entrusted to Callaway-Smith-Cobb Funeral and Cremation Services in Marlow.

Shirley was born Monday, December 5, 1938 in York, NE, to Charles and Agnes (Elsnic) Stofer. She graduated from Geneva High School in Nebraska. Shirley lived in the Duncan area for the last 3 1/2 years and previous lived in Clinton. She married Richard Thoman in Geneva, Nebraska on March 16, 1958. They were married for 12 years before his passing. Shirley later married Jerry Hughes in McCool, Nebraska on December 18, 1971. They were married for 42 years before his passing in 2013. Shirley worked for many years as a dietitian. She enjoyed cooking and working puzzle books as well as crocheting. Shirley was a family woman that loved spending time with her family as much as possible.

Along with her two husband, Richard and Jerry, Shirley was preceded in death by an infant twin son, Michael Thoman, and her parents.

There are no events scheduled. You can still show your support by sending flowers directly to the family, or planting a memorial tree in memory of Shirley Ann Hughes.
Plant a Tree

We encourage you to share your most beloved memories of Shirley here, so that the family and other loved ones can always see it. You can upload cherished photographs, or share your favorite stories, and can even comment on those shared by others.

Plant a Tree in Memory of Shirley
Plant a tree 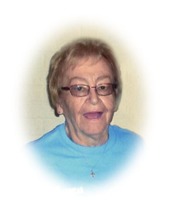