To share your memory on the wall of Steven Nunley, sign in using one of the following options:

Print
Marlow: Steven Eugene Nunley of Marlow, passed away Monday, December 28, 2020 in Oklahoma City. He was 55.

A Graveside Service will be held at 2:00 PM, Monday, January 4, 2021, at the Marlow Cemetery, with Mark Young officiating. Servic... Read More
Marlow: Steven Eugene Nunley of Marlow, passed away Monday, December 28, 2020 in Oklahoma City. He was 55.

A Graveside Service will be held at 2:00 PM, Monday, January 4, 2021, at the Marlow Cemetery, with Mark Young officiating. Services and all arrangements have been entrusted to Callaway-Smith-Cobb Funeral and Cremation Services in Marlow.

Steve was born Saturday, June 26, 1965 in Marlow, to Bill and Shirley (Shultz) Nunley. He has lived in the Central High and Marlow area all of his life and graduated from Central High School. He was very active in high school and was selected to be a member of the All-State 8 man football team. Steve furthered his education by attending Cameron University and Oklahoma State University. Steve has always worked as a farmer and rancher and has been heavily involved with that profession all of his life. In high school, he served as President over Central FFA, was a State Star Farmer and went to State with FFA earning his State Star Farmer Certification. Steve was also President of the Stephens County Livestock Growers Association, was Vice President of the State FSA Board, and served as National President of Farm Bureau YFR. Steve enjoyed working on the farm, coaching his sons little league teams, and most of all, spending time with his family.

He was preceded in death by his sister Angela Nunley, and grandparents, Gene and Mozell Nunley, and Edward Shultz and Franses Kirkpatrick.

To send flowers to the family or plant a tree in memory of Steven Eugene Nunley, please visit our Heartfelt Sympathies Store.

Receive notifications about information and event scheduling for Steven

We encourage you to share your most beloved memories of Steven here, so that the family and other loved ones can always see it. You can upload cherished photographs, or share your favorite stories, and can even comment on those shared by others.

Nate Smith, Larry Wright Family, and other have sent flowers to the family of Steven Eugene Nunley.
Show you care by sending flowers

I am so sorry to hear of the loss of Steve. Steve was a great cousin who always had a smile on his face. It was always great to see Steve and talk about farming, family, football, or life in general. He had a great knowledge of agriculture and life in general. You would always walk away, after visiting with Steve, with more knowledge and knowing that he was an honest and great person. I was always grateful and blessed to call Steve Nunley my cousin. He loved his family and I am sure that his children learned a lot about life and farming along the way. I am sure that Steve is in Heaven and probably giving his Grandpa, Gene Nunley, farming lessons. Our thoughts and prayers are with Steve's family and may God comfort you and give you strength.

Posted Jan 04, 2021 at 08:57pm
My heart is very heavy as I think of the pain you are feeling. The only peace comes for our Lord and pray you eventually find some way to carry on with life. Just know that I am thinking of you all, my prayers are with you. Was looking back, remembering that little sweet boy, who grew into a wonderful sweet man. Hang on to those memories, til you meet again. Love to you all and God Comfort you!
Comment Share
Share via:
BS

Posted Jan 03, 2021 at 05:45pm
Maegan, Preston and Graham, wanted to let you know I am thinking of you and your in my prayers. Take care, Scott Dittner
Comment Share
Share via: 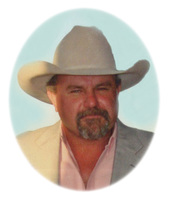