To share your memory on the wall of Terry Blaylock, sign in using one of the following options:

Provide comfort for the family of Terry Blaylock with a meaningful gesture of sympathy.

Print
Duncan: Terry Allen Blaylock, passed away Thursday, March 7, 2019 in Duncan, at the age of 64.

Terry was born Monday, July 26, 1954 in Duncan, to Doyle Donald and Imogene (Lowe) Blaylock. He graduated from Duncan High School with the Class of 1973 and had lived in the Duncan as well as the Meridian areas all of his life. Terry loved to work on cars-painting and restoring them. He enjoyed riding motorcycles when he was younger. Terry loved to play his guitar and liked to fish. He loved playing with his computers and working on them to make them better as well as downloading music. Terry played online driving games from various developers looking for flaws in their prototypes. He enjoyed mowing and used to mow the Waurika lake dam as well as Comanche Golf Course. Terry had many life long friends that he enjoyed spending time with. He was loved by many and will be dearly missed.

Terry was preceded in death by his father, Doyle Donald Blaylock.

To send flowers to the family or plant a tree in memory of Terry Allen Blaylock, please visit our Heartfelt Sympathies Store.

Receive notifications about information and event scheduling for Terry

We encourage you to share your most beloved memories of Terry here, so that the family and other loved ones can always see it. You can upload cherished photographs, or share your favorite stories, and can even comment on those shared by others.

Posted Mar 11, 2019 at 07:15pm
To Imogene and family, We are sorry for your loss of Terry. Prayers for you. Greg and Chantal Graham

Flowers were purchased for the family of Terry Blaylock. Send Flowers 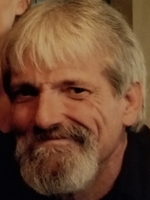