To share your memory on the wall of Tom McElhanon, sign in using one of the following options:

Print
Marlow: Tom Marion McElhanon, passed away Friday, December 6, 2019 in Duncan, at the age of 90.

Graveside Services will be held at 1:00 PM, Wednesday, December 11, 2019, at the Marlow Cemetery with Military Honors conducted by Stephens C... Read More
Marlow: Tom Marion McElhanon, passed away Friday, December 6, 2019 in Duncan, at the age of 90.

Graveside Services will be held at 1:00 PM, Wednesday, December 11, 2019, at the Marlow Cemetery with Military Honors conducted by Stephens County Honor Guard. All arrangements have been entrusted to the Callaway-Smith-Cobb Funeral and Cremation Services in Marlow.

Tom was born Friday, June 21, 1929 in Blair, to Ode Ross and Mary Lou (Fraser) McElhanon. He graduated from Marlow High and had lived in the Marlow area all of his life. Tom married the love of his life, Virginia Legg in Duncan on February 14, 1954; they had been married for 58 wonderful years before her passing on February 4, 2013. Tom worked for Halliburton for 35 years in the Data Processing Dept. He took 2 years off from Halliburton to serve in the United States Army in the Korean War. Following retirement from Halliburton, Tom drove a bus for the Marlow Schools for more than 20 years. He enjoyed going to the casino and watching game shows as well as video poker. Tom loved his family dearly and enjoyed spending time with his family.

Along with his wife, Tom was preceded in death by his parents, a brother, Ode Ross McElhanon, II, 2 sisters, Treasure Welsh, Ozia Smith, and a grandson, Jason Slay.

To send flowers to the family or plant a tree in memory of Tom Marion McElhanon, please visit our Heartfelt Sympathies Store.

We encourage you to share your most beloved memories of Tom here, so that the family and other loved ones can always see it. You can upload cherished photographs, or share your favorite stories, and can even comment on those shared by others.

Posted Dec 12, 2019 at 07:37pm
To Mr. McElhanon’s family. My husband Bennie Whaley & myself June got to know Mr. McElhanon at the casino. He would sit down by us & talk to us when he saw us. When he told me who he was I told him I went to school with Jayme at Marlow. He spoke highly of Jayme. I don’t know if Jayme remembers me or not. I was June Windsor. I went to Bray the latter part of my freshman year. sounds like he had a full happy life. We just want to say how sorry we are for your loss. Glad we got to know him.
Comment Share
Share via:
VJ

Posted Dec 11, 2019 at 03:27pm
T.M. certainly a lover of life and he was always happy to know i had a hug for him and he would ask Stephen if i was still taking good care of him. We will miss you TM but i glad he is dancing with virginia in heaven now. Standing in praise of our Lord and savior
Comment Share
Share via:
GM

Posted Dec 10, 2019 at 03:30pm
Jayme, so sorry to hear of your dad's passing, he was such a nice man. May God comfort you during this difficult time.
Comment Share
Share via:
D

Posted Dec 10, 2019 at 10:52am
T M and Virginia were our neighbors on Choctaw for years. Good memories of them along with Jayme and Bruce. Thinking of you at this time. The Holland Family..
Kathryn Donna Danny Josh and Jacinda...
Comment Share
Share via:
DS

Posted Dec 09, 2019 at 03:17pm
He would come into the cafeteria every Friday for sausage, biscuits and gravy. Sorry for your loss
Comment Share
Share via:
CJ

Sending our love and prayers to you, Jayme and Bruce. T. M. Was a very sweet and happy man. So proud to have him for an uncle! Love you all, Renae and Chuck Jones. ❤️❤️❤️ 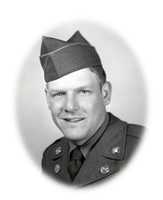