To share your memory on the wall of Wesley Bannister, sign in using one of the following options:

Wes was born May 15, 1938, in Guymon to William Wesley and Leta Beth Bannister. The family soon moved to Wynnewood, Okla., where Wes attended Wynnewood schools. He graduated from high school in 1956 at the age of 17 and immediately joined the U.S. Navy, serving on the U.S.S. Elokomin in the Mediterranean.

Wes married Lois Ann Wilkerson of Indiahoma on Aug. 18, 1967 in Chickasha, and the couple moved to Marlow in 1968.

Wes received his bachelor’s degree in animal husbandry from Panhandle State University in Goodwell, Okla., and entered graduate school at Texas Tech University. He began his career with the state Health Department in 1966 as a sanitarian at the Grady County Health Department. He retired from the health department in 1995 while serving as the administrator for health departments in Stephens, Grady, Jefferson, Cotton and Garvin counties.

Wes was a member of the Marlow Public Schools board of education and was named an honorary chapter farmer by the Marlow FFA chapter. As a member of Marlow’s First Baptist Church, he led the Sunday school class at Gregston Nursing Home for 10 years. He later attended Eastside Baptist Church.

In his retirement, Wes was a full-time shepherd, breeding club lambs for 4-H and FFA students. He raised multiple grand champion lambs for students across the country, including raising the grand champion lamb at the Arizona National Livestock Show in Phoenix, the largest livestock show in the Southwest U.S. He was a mentor and advisor to the countless students who showed lambs from Banco Farms, all of whom remained Wes’ lifetime friends. Wes was the go-to expert for farmers in the area with questions about sheep and he never hesitated to assist a fellow shepherd.

He was preceded in death by his parents; his son-in-law, Brad Hubbell; his brother, Ray Bannister; and his sisters, Carmalita Stewart, Donna Bannister and Lois Mae Bannister.

Cremation and all arrangements have been made under the direction of Callaway-Smith-Cobb Funeral and Cremation Services of Marlow.

Online condolences may be made at: www.CallawaySmithCobb.com
Read Less

Receive notifications about information and event scheduling for Wesley

There are no events scheduled. You can still show your support by sending flowers directly to the family, or planting a memorial tree in memory of Wesley Eugene Bannister.
Plant a Tree

We encourage you to share your most beloved memories of Wesley here, so that the family and other loved ones can always see it. You can upload cherished photographs, or share your favorite stories, and can even comment on those shared by others.

Plant a Tree in Memory of Wesley
Plant a tree 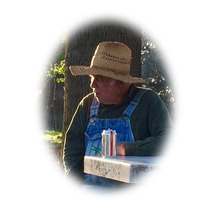